“For me, just that whole groove of it was incredible. So that’s what became my signature record whenever I played anywhere”
Jesse Saunders

The question on what was the very first house track ever made is disputed to this day, but there is some agreement that one of the sure contenders is ‘On And On‘ by Chicago pioneer Jesse Saunders. The seven and a half minute 808-bonanza is commonly pointed to as the first chapter in the Chicago house sound, which ushered in an era of closely collaborating young talents who would soon find fame across the Atlantic, like Frankie Knuckles, Lil Louis’, Jamie Principle, Marshall Jefferson and Larry Heard.

Funny thing about the highly influential bass line on the Jesse Saunders track however (which was released on his own Jes Say Records back in ’84) is that it probably never would have existed if it weren’t for video game classic Space Invaders.

In 1978 the hugely succesfull Space Invaders game was released by Japanese company Taito. The gameconsole was present at every arcade hall around the world, feeding off the allowance of pimply teenagers. One of those consoles, however, was present at the head office of Warner Music, where the idea sprang to mind to make some money off the game’s popularity by releasing a sort of musical ode to it.

The record company execs took the idea to Australian producers BAD, aka Bruce Brown and Russell Dunlop (who worked with AC/DC and John Denver to name a few), who agreed to the plan. After recording some core sound elements and effects from the console, the duo went into the studio to work on the track and soon came up with a bass line that would have a huge appeal on young Chicago DJ Jesse Saunders, “I just love that Space Invaders bass line. For me, just that whole groove of it was incredible. So that’s what became my signature record whenever I played anywhere” 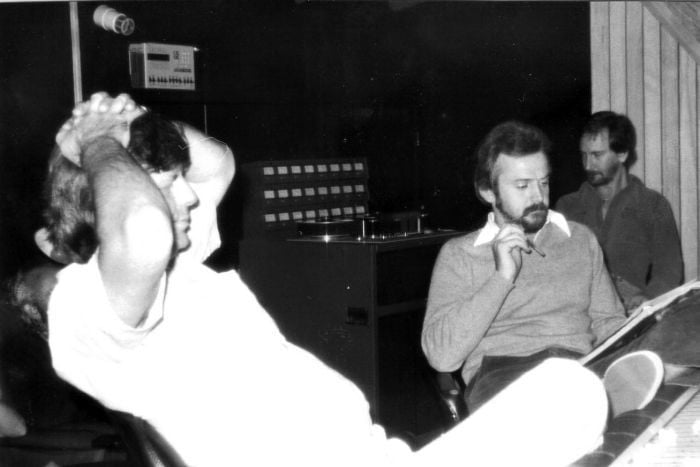 The track would be released under a new moniker of the two Australians: Player One.It became an immediate hit down under as it hit the airwaves in ’79, selling over 120k copies and reaching #3 on the national charts. The label chiefs, dollar signs in eyes and all, were hungry for more and granted the opportunity for Player One to lay down a full length around the concept. The idea on what this would sound like eventually became a breaking point for Bruce and Russell, as the label wanted an album aimed at teens, while the duo wanted to create something more groovy for an older audience. The LP would never be created.

Back in the US, Chicago DJs were pleasing crowds in new ways – diving into hip hop and italo for instance, as the classic disco sound was not being produced anymore after the general public’s expulsion of the genre, predominantly because of the societal aspects it carried with it like gay rights, sexual freedom and supposed Studio 54-like decadence. This came to a head during the infamous Disco Demolition Night in 1979.

“Space Invaders” became one of Jesse’s favourites, and started to live a life of its own among Chicago clubbers. One night Saunders lost the record, however, which him to create his own interpretation of the song, including the bass line that he and so many loyal visitors of his home base The Playground had fallen in love with. “On And On” was born. He gave the record to colleagues like Knuckles,quickly turned the track into a local banger. More importantly, “On And On” would be regarded among peers as the first house record, iconically giving birth to a new era in music.

Jesse Saunders – “On And On”