With a jam-packed festival season behind us (calling it overkill would be an understatement for some) it’s as if the DGTL collective has been waiting patiently in the wings for its ADE debut. All eyes will be on Amsterdam during five consecutive days of clubbing, conferences and workshops with a focus on mainly house and techno.

The NDSM dockland area will be the imposing industrial backdrop to three separate events hosted by DGTL – Wisdom of the Glove and sold out Hot Creations Paradise and 20 years of Kompakt. Although in its infancy DGTL is the brain child of two immensely popular music platforms, Strafwerk and Pleinvrees, who also have their own respective events at ADE – it shouldn’t be a surprise that two out of its first ever three ADE events are sold out. After having attracted a plethora of DJ greats at its spring festival earlier this year (DGTL opened the festival season in March), the organization has succeeded in booking artists that appeal to those across the spectrum. 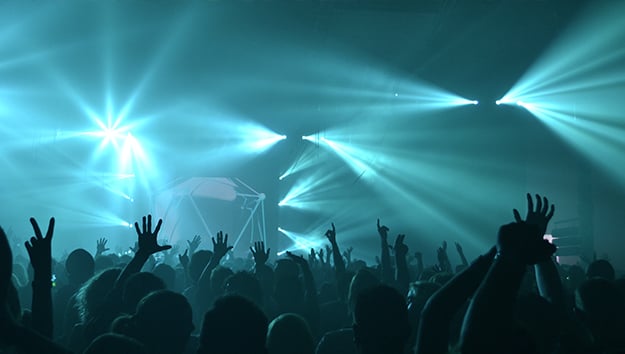 The first party to kick off ADE for DGTL is Guy Gerber’s Wisdom of the Glove, a Wednesday night concept at PACHA. This concept was very successful because the producer had full creative control and he was able to bring cutting edge music to the forefront, in such a huge commercial music hub; “I wanted to book artists like Four Tet, Jamie xx or Nicolas Jaar, people that are a bit more interesting in electronic music. People you wouldn’t expect to find on Ibiza or at Pacha. If I wanted to do something like this in an underground club, it would be very pretentious. Doing it at Pacha, however, it becomes kind of mind-blowing.”

Next up is Jamie Jones‘s ‘Paradise‘ the following day. His Hot Creations label, that had its breakthrough in 2012 welcomes a mix of their resident DJ’s and producers whose music induces energy with its warm and rhythmic sets. This is the sound that this label is known for. The line-up, that doesn’t need any more introduction, include Âme, the Martinez Brothers, Infinity Ink, Richy Ahmed, Russ Yallop and WAFF.

Last but certainly not least is the twenty-year anniversary party of Cologne based record label Kompakt. This is the apex of what started out as three young men’s, Michael Mayer, Wolfgang Voigt and Jürgen Paape, urge to breath new life into their record store and shared interest in innovative electronic music. Michael Mayer’s stance on music and well-rounded producers is reflected in his words that a DJ should “Play music that no one would have ever dreamt of listening to voluntarily at the club”. They are “both entertainer and educator”.

The NDSM dockland is DGTL turf this week, and you’d be crazy not to check out at least one of these hot events.