There’s a lot of deep house artists hailing from Hamburg, for example Solomun, Doctor Dru, David August, H.O.S.H. and you of course. What makes the city such a good breeding ground for DJ’s and producers?
There’s even a lot more, like the Smallville Guys, Dial, Koze and so on. I think the city is more subdued and has a beautiful melancholy. For example the harbour always gives you a kind of longing for far places. And I think you can hear it in the music sometimes.

You’re a resident at Villa Nova, the club formerly known as club EGO which was owned by Solomun. What kind of place is it and what other venues do you like in your home town?
That’s true and now it is owned by H.O.S.H. and Hilli. It’s based in St. Pauli near the famous Reeperbahn. It’s a place for about 350 people, has a new interior, a wooden floor and a new custom made sound system by Föön which sounds great. Upstairs is a bar to take some drinks and slow down for a moment and meet people. I really like it there.

What I also like in Hamburg is the diversity. There are a lot of good places like the Pal, which is also really new. The Baalsaal, a nice basement club, Übel und Gefährlich, based in and old bunker from World War II and the famous small Golden Pudel club at the harbour with a special own vibe. And then there’s the one off locations that pop up for different parties. Every place has its own good quality!

As a producer you’re more known for your remixes than for your own releases. Do you plan on producing more own work in the near future?
With respect to all the remixes, that was not planned. I mean, I really like remixing, it’s a lot of fun to think about and work on other people’s ideas, but now I’ve started to keep the focus more on some own material. 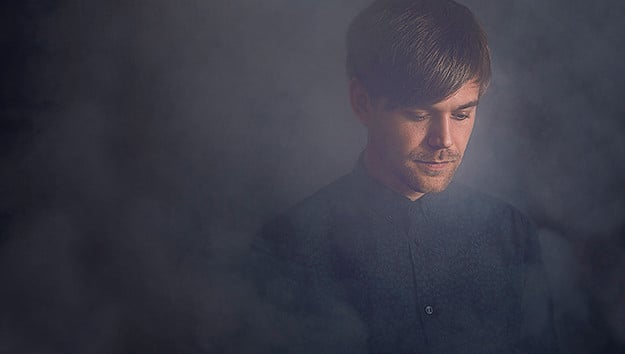 Where do you want to be in 5 years from now?
I hope I can sit here and answer questions like these about the next 5 years. Also I’d still like to stand behind the decks! Or maybe I can help some people to live their dream like me. Or even better: both!

And how do you think your music will evolve over time?
That is really hard to say, because when I start with something new I go with the flow. Sometimes when something is finished I don’t even know how I did it in the end. I just want to do what I like and I have to be happy about the result. I don’t have a plan for that.

After the kick off in Mexico, what more does 2015 have in store for you? Any chance we can see you in our country soon?
2015 started very well for me. I got the chance to play at great places like New York or Dubai, but also every gig here in Germany is special to me. The upcoming schedule looks really good and I hope to come to the Netherlands soon. Especially Amsterdam is one of my favourite cities!