Trading free drugs for votes. Is this the new strategy artists are employing to get their rapid fanbases to engage in annual popularity contests?

It should be noted that, as of publishing time, the tweets have been deleted, Instagram account suspended, as well as explaining himself* but Hotflush‘s Scuba has still ruffled a few feathers since posting the original image (see our featured one) of a handful of lines on an iPad with the RA Poll landing page clearly visible. In a series of social media posts that celebrate his 12 week XOYO residency, as well as his (potential) RA Poll placement, Scuba described how he had purchased a “ton” of Ketamine, and would exchange a gram for everyone who made it through the entire XOYO residency or a bump per RA vote.

Needless to say, this strategy found an array of response, from your uber-excited druggie to your overly sensitive drugs-are-bad activist, but in the age of vote buying (see DJ Mag Top 100), is this any different? Furthermore, is it even serious or is it a DJ having a bit of fun with his fanbase with, perhaps, a less than stellar PR team behind it all. In any case, the “strategy” has seemed to backfire with Scuba calling out some of the hypocrisy before deleting the offer altogether.

Check out some of the tweets below and give us your thoughts on the strategy here. 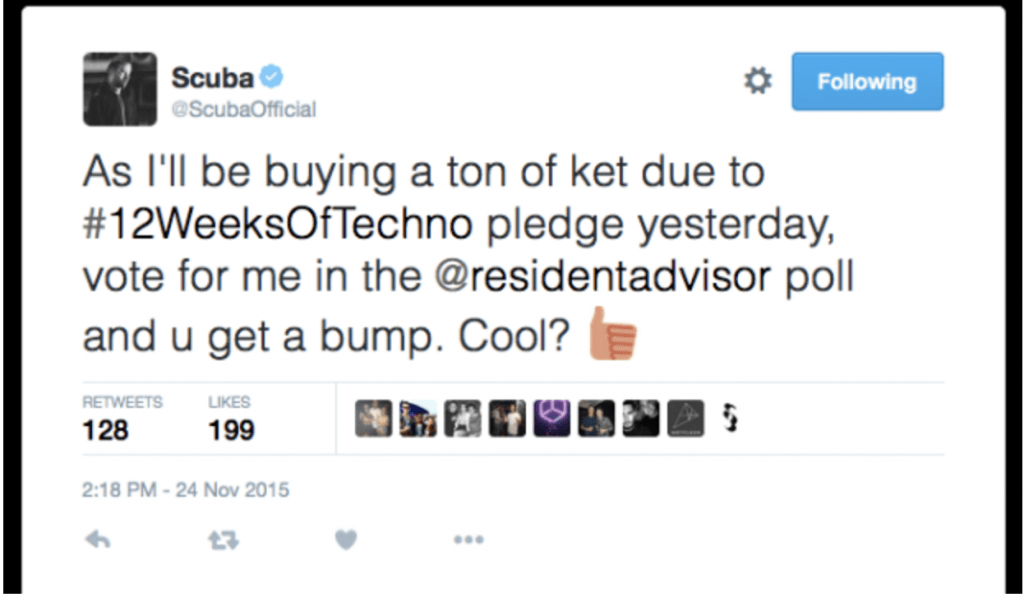 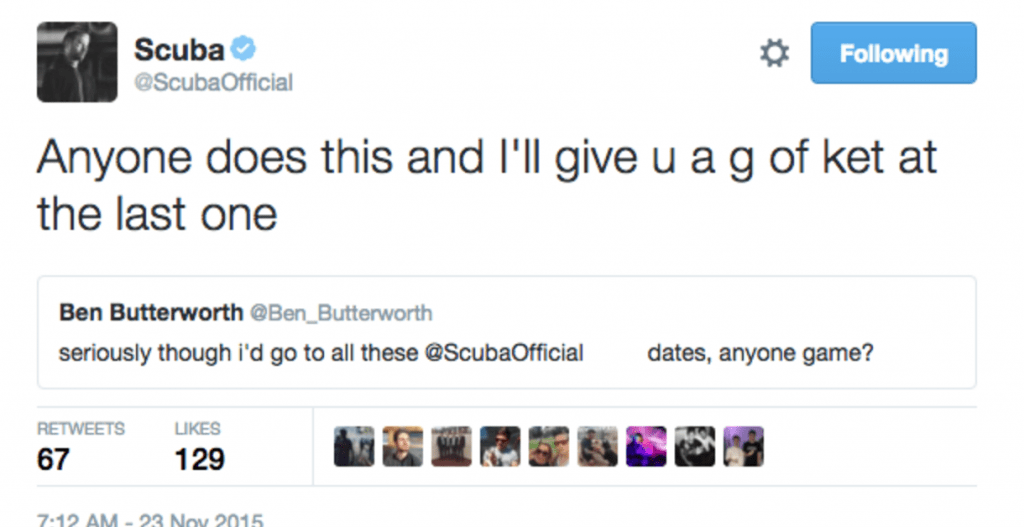