Tracks by WhoMadeWho are just meant to be remixed. There are so many good remixes of their tracks that you don’t know where to get started. This time it is Edu Imbernon’s Fayer imprint which continuous its approach in fine fashion with remixes of the lead track of WhoMadeWho’s album ‘Dreams’. We have the honour to premier Few Nolder’s remix for the track.

‘003’ sees four remixes of the punk-disco anthem yearns to be remixed with its powerful vocals, sweeping crescendos and a swelling bass-line driving for release into the electronic landscape and will be released on April 6th. Lithuanian producer Few Nolder unveils a euphoric, melody flecked remix, transporting us to summer already.

Linas Strockis aka Few Nolder first emerged back in 2006 when Lithuanian label Partyzanai released his debut ‘Patterns EP’ a melting pot of black techno magic. This led to his next release ‘No Mo’ getting picked up by Mike Paradinas’ highly regarded Planet Mu and a debut self­titled album. In 2014 he had two big releases with ‘If’ on Connaisseur and his ‘Clouds’ EP on Mario Basanov Boso imprint.

Taking a techno edge, Swiss duo Adriatique reveal a darker, faster side to the WhoMadeWho’s track, building atmosphere to drop into a punchy sample based mix. Drawing influence from the track’s disco influences, The Hacker lays down a heavy bassline transporting the track back to Scandiavia’s cosmic disco heritage. London bright star Kiwi ushers in a dreamy take on the track with a refined, afterhours feel.

If you want to see Few Nolder in Amsterdam, you should get your tickets for Pleinvrees Heroes Festival 2015. On the 5th of September he will be playing amongst other big names at the Sportpark Riekerhaven. PS: They haven’t announced any names yet but with us you’re always one step ahead ;). 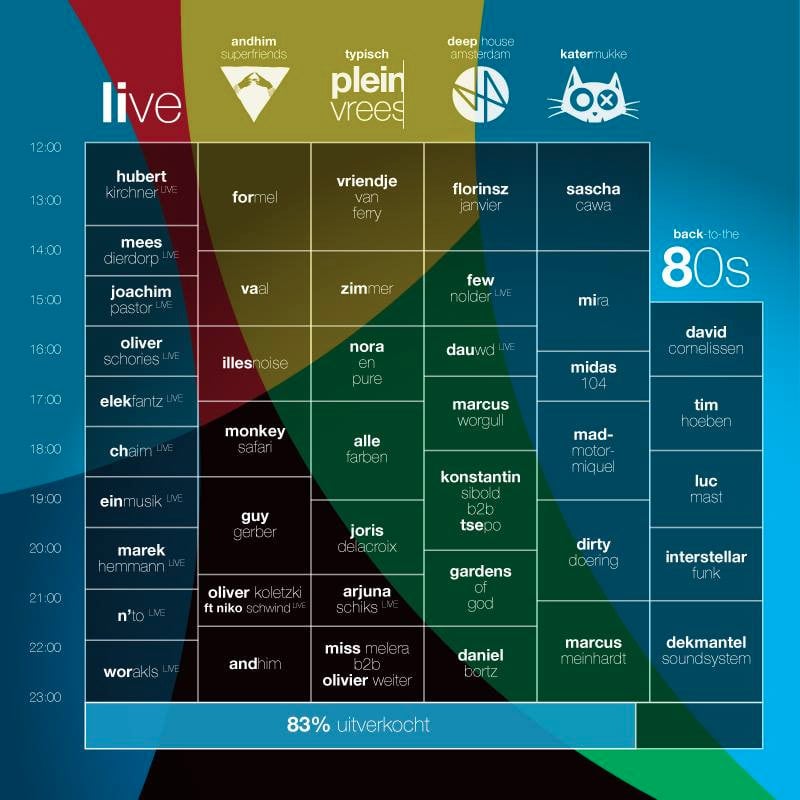