Facebook has been in the news quite prominently of late with the recent Ten Walls controversy.  Now, some disturbing news coming out of the U.S. involving prominent West Coast promoters HARD and their seafaring event Holy Ship!

“We were very disappointed to see your recent comments in a Holy Ship! group page on Facebook – your posts have been documented and brought to our attention…This will serve as a wake up call to you and others who think this type of behaviour is acceptable…Perhaps this has prevented something with harsher penalties from happening. The fact that you were not caught or arrested for your actions will hopefully soften the let-down of not being allowed to ship with us in 2016.

The above message appeared on several Holy Ship! fans’ Facebook inboxes late last week, signifying a sense of spying and profiling by the organisation. Though it is quite obvious such fan proclamations regarding open drug use is irresponsible, the question remains: how far is too far when it comes to invasion of social media privacy?  This is, after all, a question of free speech with absolutely no definitive proof that any such activity will actually be carried out by the responsible offender.

It should be noted that the organisation who is actually bypassing the responsibility of on-site police and security is in fact HARD’s cruise ship company Cloud 9, as well as its holding company Beats at Sea LLC but, still, we hope this does not set up a festival trend, especially with the heat consistently on dance music culture regarding issues of drug use.  HARD’s CEO Gary Richards has not yet made comment on the allegations and his organisation’s name is nowhere to be found on the text, but angry fans are beginning a call for Richards to address the issue, especially given the messages somewhat condescending tone.

“This will serve as a wake up call to you and others who think this type of behaviour is acceptable….Perhaps this has prevented something with harsher penalties from happening. The fact that you were not caught or arrested for your actions will hopefully soften the let-down [sic] of not being allowed to ship with us in 2016”.

Since its inception 4 years ago, Holy Ship! has become the benchmark for all nautical based boat parties, creating a veritable cult of fans who call themselves #SHIPFAM into a raucous, anything-goes party event. Needless to say, the #SHIPFAM faithful may be questioning their loyalty to the brand. More news as it develops… 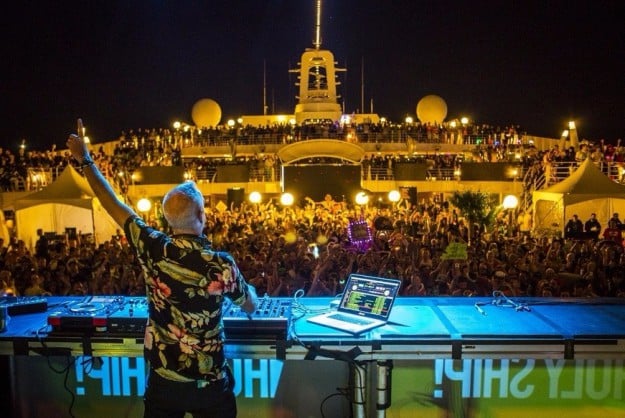