May 25th will see world famous Ibiza club Eden opens its doors for another season of  beats and special parties.

Heading the first party, which comes in conjunction with Liverpool night Mansion, will be a first wave of acts including Toolroom’s Mark Knight, 99 Souls and the talented party starters Mandal & Forbes.

Eden has been recently refurbished and has had a massive new sound system added for even crisper beats and big bass. Offering a real alternative in San Antonio, the club boasts killer residents and is packed for each event. The opening is sure to be the same when Ibiza stars like Andy Baxter, Jason Bye, Dermot C, Sam Dungate, Jay Moore and Lenko all play with the big name talents.

The rest of the weekly line-up at Eden includes more Mansion parties every Monday, plus HYPWA on Tuesday night—which will bring high class urban and r&b sounds to the club with host DJ Shortee Blitz– Judgement Fridays with boss man Judge Jules back for a 16th season on the island from June 24th, plus Sintillate Ibiza start on Saturday June 18th and promises the likes of Prok & Fitch.

Nick Warren’s The Soundgarden and Audio Circuit then take over on Sundays. Guest will include Hernan Cattaneo, Henry Saiz and Kate Simko amongst others and it kicks off on June 12th. 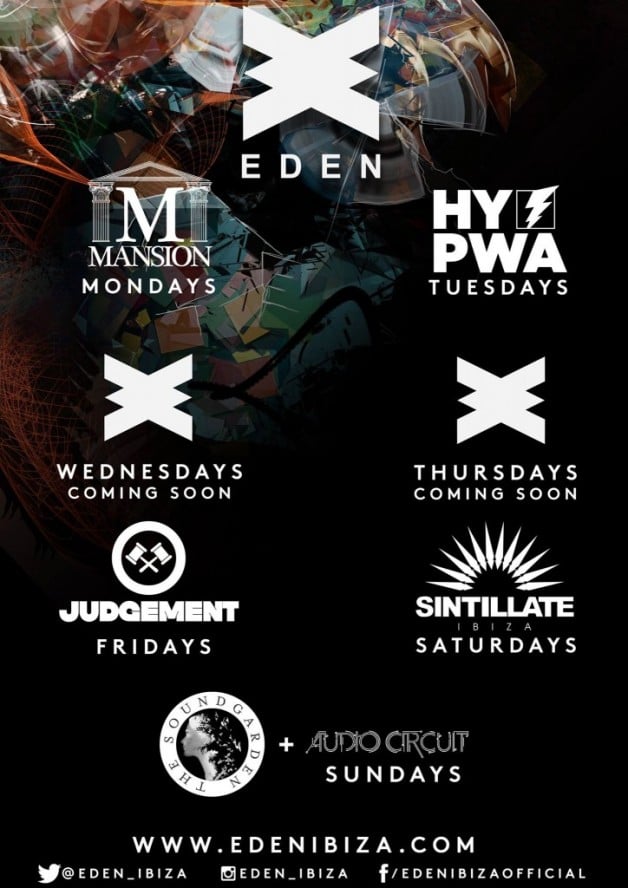