Going back to its roots for the final party of the season, Wax Da Jam pays homage to its foundation with full on jam session.

Going down 14 September at Las Dalies de Ibiza, Wax Da Jam’s Closing Party brings its brotherhood of artists, DJs, MCs, Drummers, and Percussionists for one last night of 2017 fun…and all for a great cause. As with every event, Wax da Jam will donate 10% of its proceeds to LastNightaDJSavedMyLife.com – the dance music industry to make a positive impact on children in crisis – towards building a well in Africa or India.

Round out the “Season of Giving” with a full on Carnival! 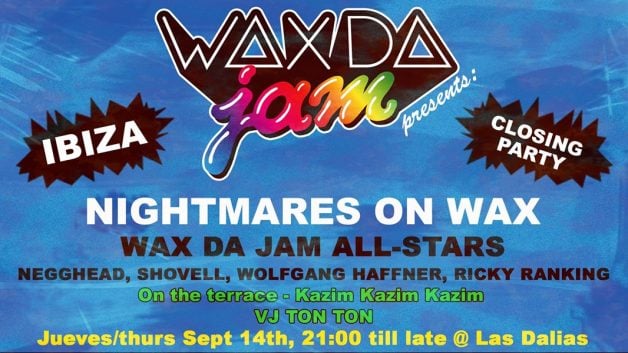