Italy’s Movement Festival has been a leading electronic tour de force for an entire decade now, in celebration another mouthwatering edition will be held on October 31st in their usual home of Torino.

Over the years, Movement has helped push quality underground music throughout Europe. A relative of the legendary DEMF in Detroit, Movement pairs scene leading acts with hot up and coming talents across five special stages. There is barely a house or techno star worth their salt who hasn’t played the festival, which makes it one of the best loved in the world as a result.

The mission of any Movement is to offer up extraordinary venues, excellent sound systems and efficient services and, most importantly, in an environmentally friendly way. The ambitious cultural festival has taken over inspirational venues in the past, including institutional and academic buildings, all the while exploring the spectrum of electronic sounds.

As well as the social offerings, daytime lectures, workshops, forums and business networking platforms all take place at various venues around the Italian city. Movement has also been granted a rare medal in recognition of its operational values for three years in a row by the President of State. It always patterns with the best companies out there and will do so again in 2015.

Check out the flyer below to see the first names to be announced for this year’s event are with many more to come! 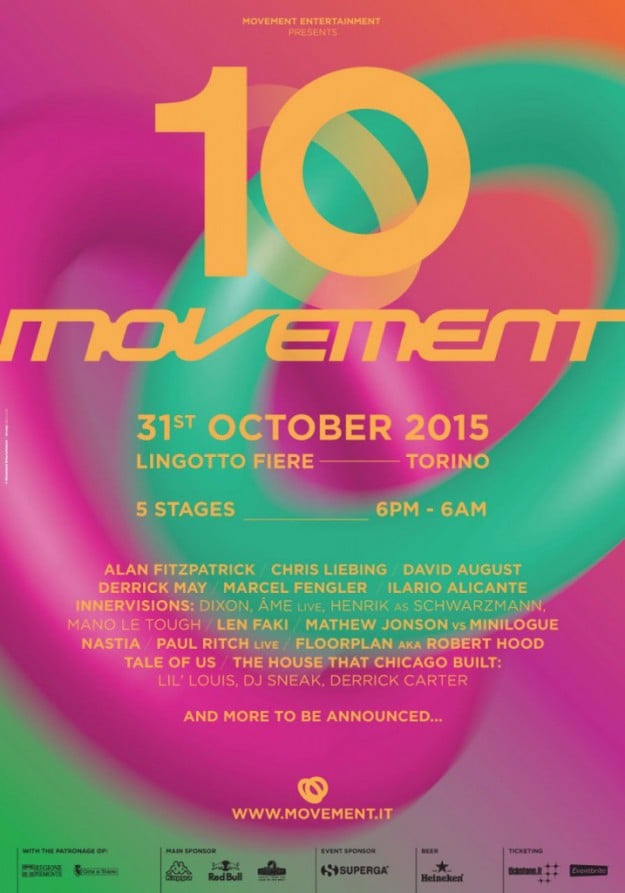