The full lineup for the 5th edition of Pacha Festival has been announced, with acts such as Kenny Dope, Danny Wade, Claptone, Prunk, and many more joining this summer’s bill.

At night, this stage will be taken over by INVITE: W Amsterdam Hotel’s weekly Friday night, with the Deeperfact label head Stefano Nofferini headlining the show. Amsterdam locals Apotheque, Bold Moves, Kevin Duane, Ramon Rive and Rexon will fit the lineup. After four fantastic editions on Jave-Eiland the festival will move to Amsterdam’s Arenapark. With more space for dancing and hanging out, the festival will invite Ibiza’s popular hippie market and food village as well as a sushi pop up restaurant. 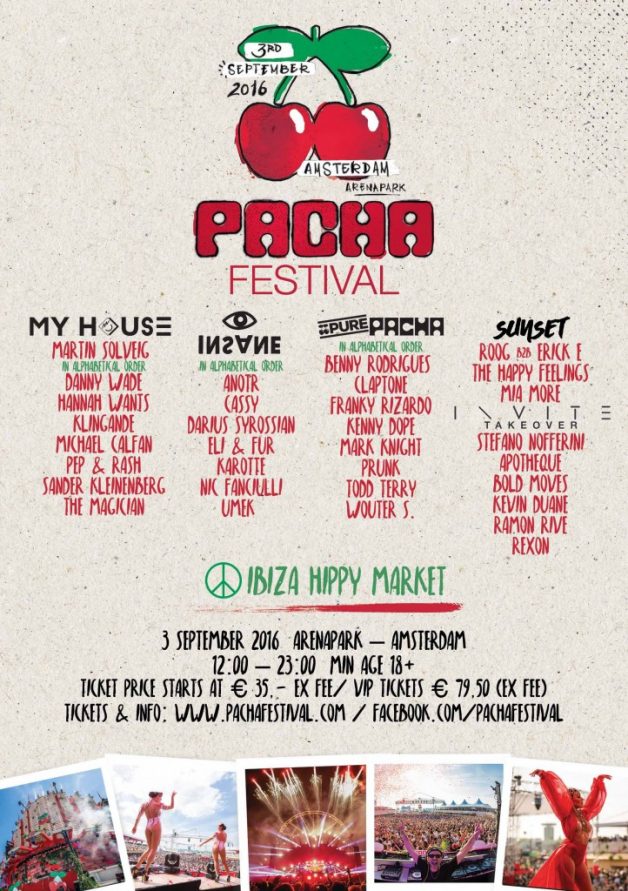