No matter what city you live in Halloweekend is always one of the biggest party weekends of the year. Los Angeles is a popular destination for partygoers throughout the US and also abroad not only for it’s West Hollywood parties; but, also for music. However, Halloweekend in Los Angeles has been known as a particular musical highlight of the year here.

This year the most anticipated in town were the Circoloco party at the Union, a dark warehouse venue, on Friday night and Minimal Effort Halloween at the LA Center Studios, a new venue for the year old underground event in an outdoor convention center with views of the LA Skyline, on Saturday. Circoloco featured artists like Laura Lane, Damien Lazarus, and Black Coffee. Minimal Effort boasted a killer line up featuring Pete Tong headling, Tiga premiering his new live set, Coyu, Dosem, etc. The parties were however, vastly different in location.

Last year Minimal Effort Halloween was my favorite event in LA. It was held at the Belasco, which is a renovated historic theater in downtown Los Angeles. There were multiple rooms you could disappear into — and some were even difficult to find. This year the venue was outdoors, and although the production team implemented chandeliers at the MainStage and decorative mushrooms by the Garden Stage it did not hide the fact that it was a convention center. The Suara room was inside in what appeared to be a conference room with all the lights turned off and unfortunately it turned into a hot box. Now, that doesn’t mean the music wasn’t absolutely amazing. Every single performer absolutely turned it up. Coyu had everyone dancing despite their halloween makeup melting off — and in the end we go to a rave to sweat don’t we? Other highlights were Totally Enormous Extinct Dinosaurs playing a set with so many feel good disco tracks mixed in, Pete Tong, who effortlessly brought the crowd to a head, and Tiga completely stealing the show when he premiered his new live show. Dancing to a song like Mind Dimension for the first time which repeats “Everytime I look into your eyes I see the future” as it is sung and mixed live by Tiga right in front of you is nothing short of Halloween magic. 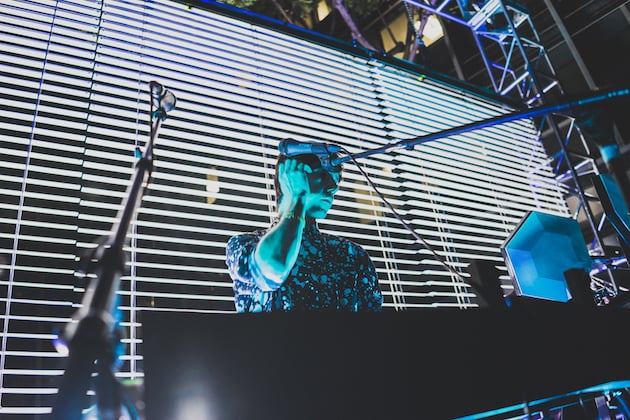 And the darker club aesthetic had been fulfilled the previous night at the Circoloco party at the Union. It was the first time Ibiza set down in Los Angeles and who better for the iconic

Spanish club to partner with than Sound nightclub, the best curated club for house and techno in Los Angeles, and A Club Called Rhonda, probably one of LA’s longest running drag and house music venues. The party was sensational. Unlike many underground parties in LA where it is all about who you see the line-up was simply printed and hung in doorways in a way I hadn’t seen since my days frequenting Fabric when I was living in London. There were multiple staircases and dungeon like underground rooms which you could get lost in. I kept stumbling upon more rooms and bars until eventually I felt I was in a labyrinth of delicious techno. Laura Lane stole this show and I kept returning to her set because the vibe in the basement is always the best at an underground party. 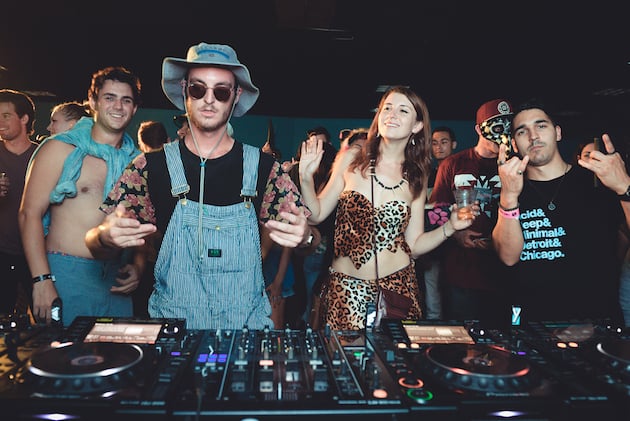 We certainly can hope that these clubs will continue working together and bringing us more great events throughout the year after such a successful night. In terms of Minimal Effort — it was still musically one of the best events of the entire year. Making an event which worked perfectly in a club grow into a small level music festival is a great challenge. The vibe between party goers was still the same and that energy will carry through into the New Years event. Hopefully by then the production will have figured out a way to ease congestion in line and get the event running smoothly from the beginning. Ticket sales go up for the New Years event Monday November 7th at 12pm PST. For those in LA this is surely the way to ring in the New Year with live sets from Henry Saiz, Stephan Bodzin, Audian, and Nicolas Cruz continuing their trend of featuring live sets in association with DJ sets from heavy hitters like Simian Mobile Disco. You know where to find me on NYE.