One of the world’s most unique festival experiences, Iceland’s Secret Solstice, is almost at hand!

With that, the festival has broken down their daily schedule, as well as announced its side party’s all located in and around the country’s capital city of Rejkavik. With a lineup featuring names like The Black Madonna, Seth Troxler, Thugfucker, Kerri Chandler, Dusky, Kiasmos and more (not to mention top artists from the world of hip hop, rock, soul, R&B, and Icelandic favorites), as well as stage takeovers from the likes of Sci+Tec and Circoloco, Secret Solstice truly has something for everyone.

Take a look at the daily breakdown below, as well as the side party’s, which, with names like Into the Glacier, The Lava Tunnel, and Midnight Sun Boat Party, just sound exotic. 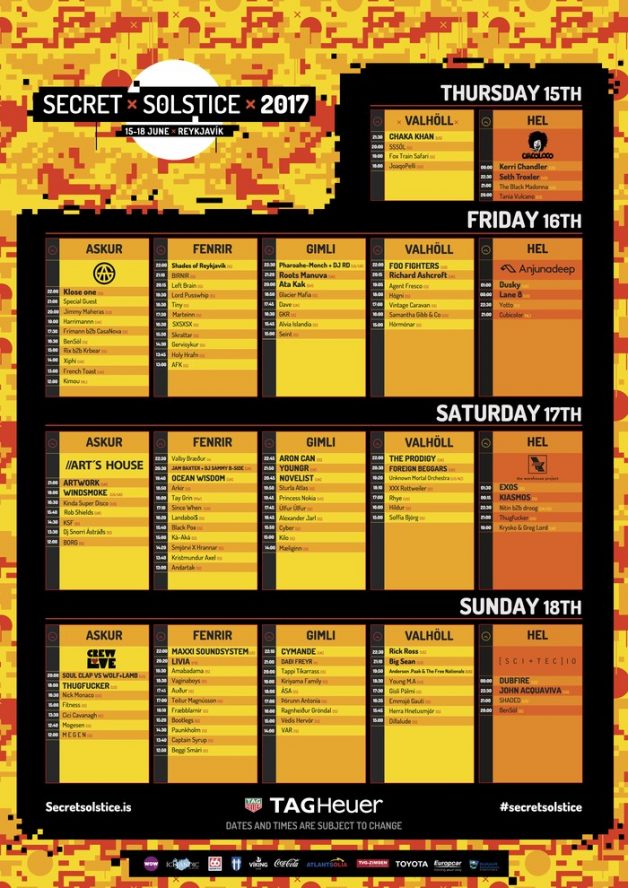