Joining the already announced likes of The Prodigy, Dubfire, Dusky, The Black Madonna, and Seth Troxler (amongst many others from the world’s of rock, rap, r&b, soul, and more), will be legendary American hip-hop recording artist Ab-Soul, as well a Icelandic rap representatives XXX Rottweiler, Herra Hnetusmjör, and the female rap duo Cyber. Also announced is the first performance since 1987 from local punk band Tappi Tíkarass, formed in 1980 and widely considered the first serious music project of now world renowned singer Björk. Also on the punk side of things will be the newcomers Hórmónar, and the eclectic combination of pop, alternative, art, metal, and math-rock from Agent Fresco.

On the dance music side of things, Secret Solstice will also have Manchester’s The Warehouse Project on board with a massive takeover of the festivals’ nighttime venue Hel. The event features Exos, Kiasmos, Krysko & Greg Lord, Nitin b2b Droog, and Thugfucker. 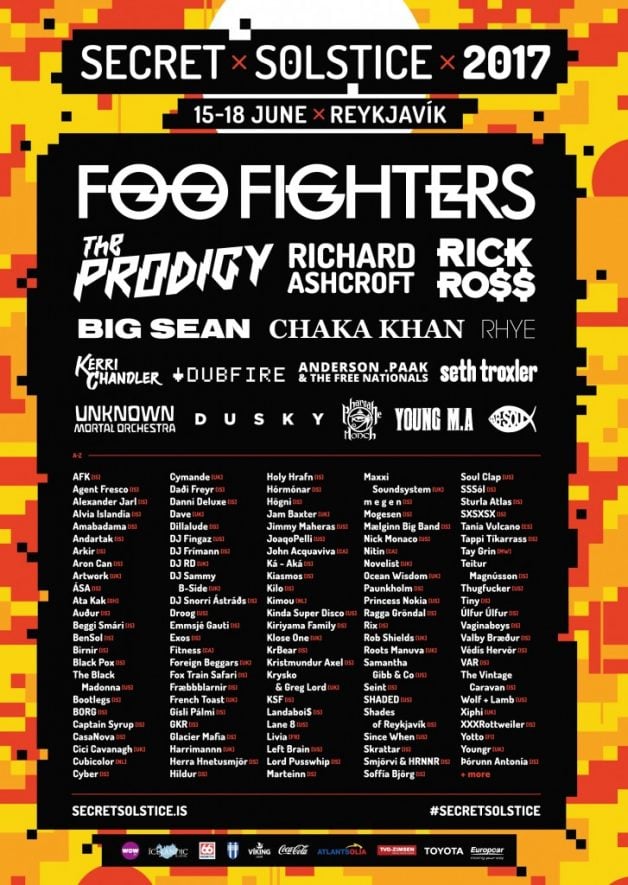