The concept of the journey is one frequently thrown around in the electronic music world. From the physical journey between home and venue to the metaphorical journey (hopefully) supplied by the nights’ selector, the invocation of epic travel has been part and parcel to an event’s face-value happenings since the beginning.

Over the years there have been many musical journeys of note at clubs, venues and warehouses throughout the world (recently, Marco Carola’s epic 24 hour Sunwaves set comes to mind). Drawing from my own introduction to the DJ journey, I recall the days of marathon sets at New York City’s infamous Twilo, where the likes of Sasha & Digweed, Deep Dish, Carl Cox and, the master of the epic, Junior Vasquez all cut their respective marathon teeth. These were musical journeys in the sheer scale of the set: 6,7,8,10 hours and up, starting late one day, ending late the next.

Still though, the journeys described from Twilo and Sunwaves are largely affairs of endurance, both for performer and crowd, with little emphasis on intermediality, production or (high) artistry. Jeff Mills, on the other hand, combines all in his contemporary performances. As a DJ and performer, Mills needs little introduction. The Detroit born DJ has been a global ambassador of the artistic side of techno for nearly three decades. Evolving from the industrial alleys of the Motor City to an International futurist figure with performances at the Louvre and Pompidou Center (amongst many others): the man once known as “The Wizard” fuses art, music and philosophy for discerning crowds spanning the age, interest and experience spectrum.

With this, Jeff Mills Amsterdam Dance Event schedule highlighted his artistic diversity, yet remained grounded on the bridge connecting the ghosts of art’s past, present, and future. On October 15th, Mills kicked off his 2-event ADE 2015 with a live composing session inside one of Amsterdam’s most cherished locations: The Rembrandt House. That event, inspired by Rembrandt’s ‘Philosopher in Meditation’, was an intimate affair, with Mills drawing inspiration from the location’s surroundings whilst composing 3 original tracks on-site. On the choice of Mills for the event (the first collaboration between Rembrandt House and ADE), Director Michael Huijser highlighted Mills’ artistic prowess by stating: “The techno scene has always been about breaking boundaries and leaping forward…Jeff Mills is the master for a new generation of DJs and producers, much as Rembrandt was for his students.” On the event itself, and the complex scenario’s of Europe’s northern light – a major influence of the Dutch master’s 19 years spent en studio, Mills said:

“The surroundings where artistic creations are made can be as important as the narrative of the art itself. Atmosphere can often have direct impact on how the message is being conveyed. These sacred places are often kept in modest conditions, revealing a reflection of the artist’s true character. It is here where dreams and visions are born and come to life – where the message is officiated by the creator and the only true criticism is made before it is exposed to the world. […] The sound scaling and field recording is nothing new, but in this case, its really unprecedented because what I’m going to achieve is a live recording using the ambience of the room. So, I’m not recording in the space, but will use the natural acoustics for the recording.” 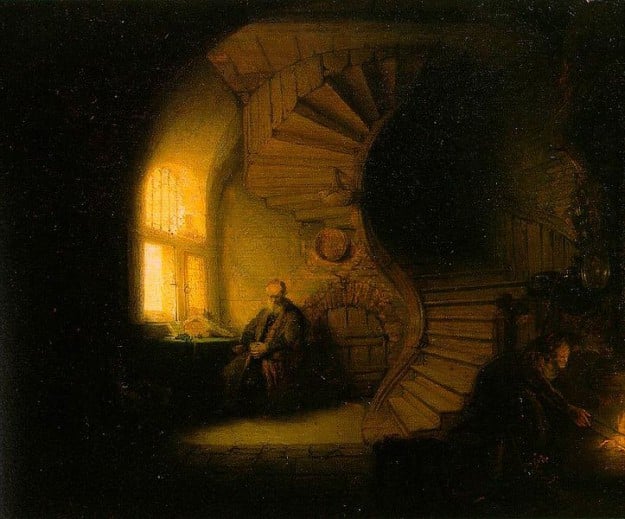 Moving from the intimate confines of the Rembrandt studio, Jeff Mills more “traditional” ADE experience ‘The Time Tunnel’ went down two days later at the virgin venue Warehouse 22, located in Amsterdam’s industrial northern area, accessible only by ferry. The live visual, sound and dance music event was truly a journey in every sense of the word, and one even the most accomplished of contemporary DJs could only wish the ability to provide. Drawing inspiration from Irwin Allen’s 1960s science fiction television show ‘The Time Tunnel’ (don’t be fooled here. The sci-fi of the 1960s was no kitsch affair – programs like ‘The Time Tunnel’, as well as ‘The Twilight Zone’ and ‘The Prisoner’, were largely critiques of social conditions of the era, set against the all possible backdrop of the extraterrestrial and supernatural), Mills’ inter-temporal journey included stops everywhere from ancient Mesopotamia to The Kuiper Belt of the year 5595, traversing the discovery of the Milky Way to famed 70s nightspot Club Zanzibar to, of course, the invention of the Roland TR-909.

Musically, the specifics of ‘The Time Tunnel’ may actually take a back seat to the event’s overall mission and production (although a particular musical highlight came during the Mesopotamia segment when Mills seemingly cut the playing track, eventually dropping Jimi Hendrix’ ‘Voodoo Child’ in its entirety, which might have been one of the most memorable moments I have ever witnessed at a dance music event – probably since Hendrix is the artist I would have most liked to experience live).

From a design perspective, The stage was simple but sensory: the svelte Mills, clad head to toe in a white jumpsuit reminiscent of a surgeon’s digs, or even a Breaking Bad style-modern alchemists, with a DJ setup including analog and digital players, all in front of the giant spiralling vortex as it changed its palette from chilled blue to forrest green to a fire red throughout the night.

Mills presence behind (or, sometimes on the side, in front of, or with back-turned) the decks is one of command, but also poise. He is a DJ who does not rely on the theatrics of the young generation’s dessert throwing, fist pumping, and deck surfing, yet still owns the stage with actions as simple as a nod of the head or clap of the hands. Every so often Mills would be joined on stage by a single guest, who, each time, acted as an added element to the production, as opposed to that of the packed, entourage-ready stages one may find elsewhere at ADE. These guests included a doctor who handed Mills a TR-909, as well as a seductive Belly Dancer, whose moves were as hypnotizing as the event’s imposing vortex.

As a space, Warehouse 22 was what to be expected…a large industrial venue seemingly in the middle of nowhere. It was hot, humid, and sweaty with no VIP section (nice!). Packed from front to back, with only 2 elevated side areas for potential crowd relief. Their was no second room, instead providing a slightly larger than normal common area and smoking lounge. Drinks were expensive, yet accessible, and food options were appreciated (like the 1/2 token apple or banana…nice x2!). As I mentioned, the crowd spanned every possible age, with the new breed mingling with rave veterans and the more “artsy” type, connecting to a groove that evolved from pseudo samba to dance classics (The Bucketheads – The Bomb [These Sounds Fall Into My Mind]) and culminating in relentless techno, all splashed with elements of galactic intervention, possibly from a purveyor whose powers are not entirely grounded within this planet’s realm.

From midnight – 6am (an accessible time span), Mills handled the crowd, the music, and the vibe with NASA-like precision, maintaining a physical presence, yet never taking away from the night’s concept. This was a journey in every sense of the word: from musical to temporal, veteran to newbie, galactic to grounded, ‘The Time Tunnel’s Amsterdam debut was one for the history books…on Earth or elsewhere.