You just got to love this. Green Velvet (aka Cajmere) and Claude VonStroke, two champions of rock-solid, banging house music and techno, have announced a collaboration project together. During Miami Music Week and Spring Awakenings, the two veterans played an improvised b2b set together and found out that they went rather well together in one dj booth. The decision was soon made to turn this match made in heaven into something more official, and came up with ‘Get Real’.

‘Get Real’ will be a USA mini-tour of the twosome starting on the 27th of December, hitting Detroit, Chicago and LA. Although their above mentioned b2b sets were decisive in this new plan, the two were already longtime friends before, and have played solo at each others’ events many times. Not much is known on whether this is a one-time thing, or whether it will be a pilot for other (studio?) projects of the two in the future. Let’s hope the latter is true. For now you can enjoy this action-movie style poster and amateur footage on just how hard these guys are bringing it when put next to each other behind the decks. 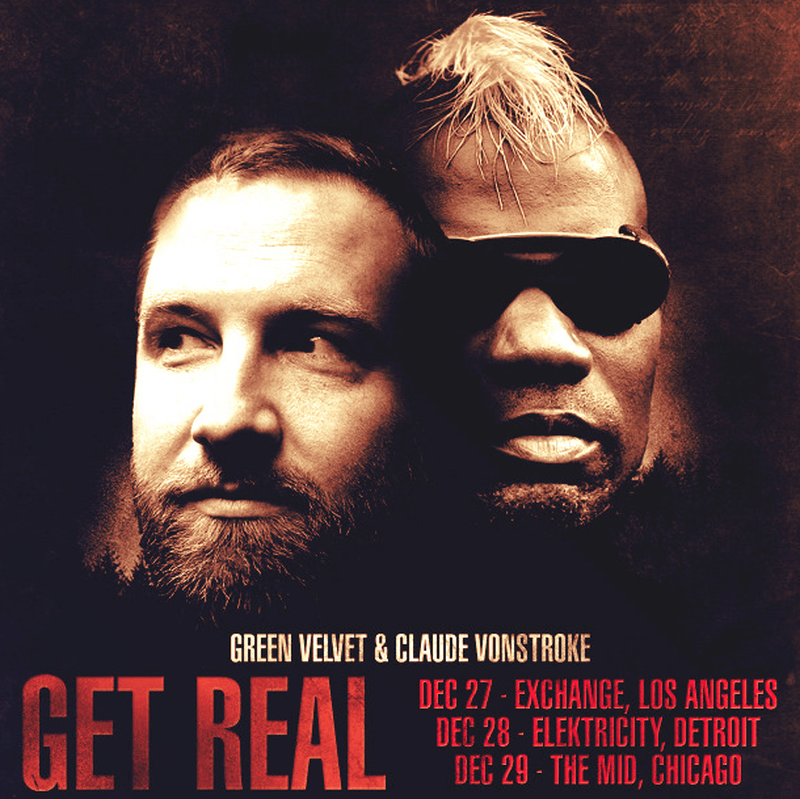