Forget crowdfunding, Twitter campaigns, Facebook movements or any other 21st century way of letting yourself be heard. Sometimes old media will still do the trick (after news of a story like the one below has been picked up by new media, but still); like a good old-fashioned newspaper ad, directed at reaching one person only: Madonna.

Yesterday DJ/Producer Nick Deboni placed an ad in the LA Times including a rather large artist shot of himself, and a request towards The Queen Of Pop to grant Deboni permission to remix her track “Devil Pray” – along with links to his Facebook and Soundcloud page, where you can listen to the track.

The ad was soon picked up by the internet and has been watched nearly 500.000 times on Reddit already, along with a mention on Billboard.

It turns out the Rio De Janeiro-based DJ is nowhere near an amateur, with plenty of gigs in his home country to show for and a decent amount of Facebook likes as well.

Aside from your opinion of his music, we think that Madonna might take Deboni’s original request into consideration. If she’s not scared off by his Ps at the bottom, that is. 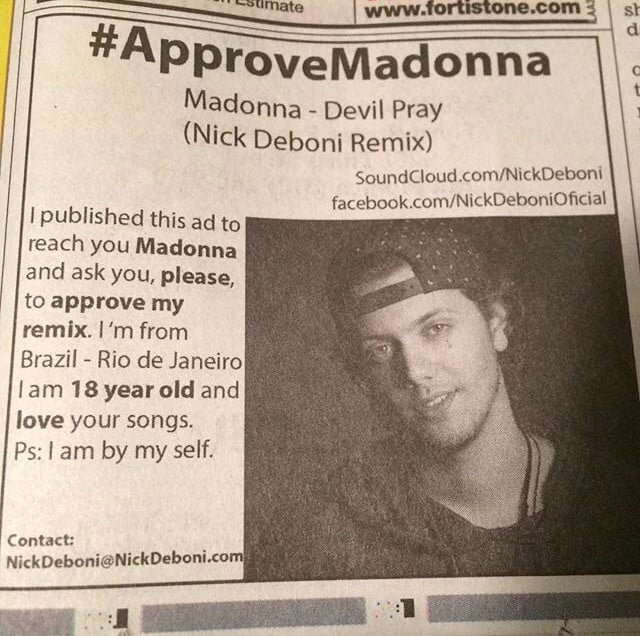