Resting dormant within the faults of the Mediterranean nightlife circuit is the greatly untapped market of Malta. If you’re in the midst of booking flights to the next rave oasis or looking for a haven to resurrect your dreams as an aspiring artist – you might want to lock yourself in.

With its’ unique locality, culture and growing connection to the international community, Malta is becoming a hotspot for wind surfers, music professionals, artists, world-class Scuba instructors, culturally-enthused explorers, and beach ravers alike. The country’s airport has even recently earned the title of ‘most scenic airport approach.’ Comprised as a small archipelago in the Mediterranean Sea, Malta comfortably rests between Sicily, Tunisia, and Tripoli. Its prime location provides the Maltese ample ultraviolet ray-soaking therapy sessions 300 days a year, all the while incentivizing a perfectly constructive addiction to Mojitos.

Throughout Malta’s history, its beautiful climate attracted cultures such as the Phoenicians, Romans, Moors, Normans, and Sicilians, much of which has contributed to its colorful urban make-up and draw between Western European and Eastern influences. Prior to the industrial revolution, the country’s increasing role as a maritime nation incubated Latin-European and British culture, thereby directing the Maltese to adopt a strategy of observing and learning from other countries.

Being the most densely populated country in the EU, this has created a wonderfully intimate atmosphere around the island. Malta’s cultural heritage has built a unique identity for its 425,000 residents and the local electronic music scene. “What DJs, artists, and promoters, have done is to sell Malta as itself,” says Jason Nelhams, a London promoter known for running a UK agency Blank Canvas and founder of Groovefest Festival. Place that idea alongside the undiscovered locations and beaches around the island, their potential for sporadic parties (such as BLANK, an under-the-radar event known for uncovering unused locations), and the welcoming nature of the country’s inhabitants – Malta’s image as a potential underground party paradise begins to come forward.

“Malta is very much a daytime event place,” says Vella. “New venues are appearing frequently, but in comparison to other countries the choice is still limited.” This is partly due to 4 AM closing times, stricter laws and a lack of open door policies, which leaves Malta’s ‘late-night’ approach hang on the vines. However, considering Malta is an island, you can choose practically any spot on the coast to create a venue for an event. While the Maltese music circuit rests in its infancy, the potential and structure for a rave paradise is there.

On top of that, for travelers interested in beach raves, a key competitor for Malta is Ibiza. “I always said Malta should not be the next Ibiza, but better. Ibiza, in my eyes, has gone too commercial,” says Franco Vella, a promoter BLANK and a prominent figure in Malta’s electronic music circuit. “Malta is still in the initial stages of its festival scene, so we can learn and act in such a way that we do not take the same road of Ibiza – we can be better by offering quality with better prices.”

We did a small preliminary investigation on the logistics and pricing behind that concept. When booking in the peak season of August, we noticed that flight tickets were actually double the price (€200 to Malta, and €100 to Ibiza). As for accommodation in Malta, you’re likely to find something 10-15€ cheaper per day on AirBnB. However, there is always the chance of scoring a room at the same price in Ibiza. In regards to drinks, food, venue tickets, local transportation, and all other expenses – Malta weighs in on the less expensive side and is far less inflated. With all comparisons aside, according to data provided by both the MTA Statistics Report and National Statistics of Malta, the average tourist spent about €1000 during their length of stay. This was, however, based off an average stay of 7 days. The economics behind a 3 day-stay makes Malta far more accessible for many younger travelers.

Despite Malta’s incentives for tourism, a new “environmental contribution” tax is arriving in June. All tourists will be charged €0.50 per night, however it will only apply to those over-18, with a cap per holiday of €5 per person. In the eyes of the hotel industry, the tax’s implementation is controversial – exclaiming it will significantly affect Malta’s tourism sector. At the same time €5-6 million will be brought to the island – with a decent percentage being reinvested into the tourism sector.

In terms of consumer activities, the majority goes sightseeing, makes visits to cultural & historical sites, and churches & museums – with only 5.5% of inbound tourists participating in music/concerts. This leaves it to about an estimated 100,000 tourists a year who seek music festivals & nightlife. However, that’s excluding the activity of the local population at underground music events. Furthermore, if we consider the fact that Malta’s nightlife circuit is a string of smaller boutique festivals and events – it’s a solid number. Yet it is certainly not a lucrative enough market for 20,000 patron festivals. For this reason, there are only about 3-4 high quality multi-day festivals per year, but the demand has been growing on a yearly basis.

To further accelerate Malta as a party paradise, the implementation of IMS College Malta and the brand new Uno Village will greatly contribute to its rise. Acting as a huge open-air venue powered by a Function One sound system, Uno Village will provide access to rooftop terraces that display the seaside in all its beauty. Located on the edge of the Ta’ Qali national park, the summer will also see Creamfields, IMS Malta, and The Sound You Need Festival, who will take in DJs such as Solomun, Nic Fanciulli, Bondax, Pete Tong, Bob Sinclair, and Hudson Mohawke in the first season. 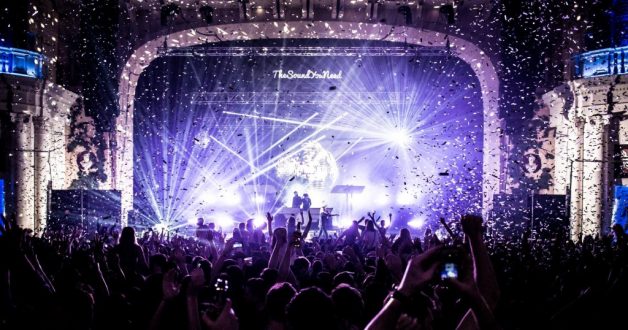 With an ongoing turnaround being made in Malta’s electronic scene, key organizations are vocalizing the significance of nightlife as a stepping-stone for increased economic mobility. “Quality in music style and organization has become important. The government has recognized Malta’s potential in becoming a strong market for such business,” says Vella. There certainly are impediments, as with any nightlife economy, but tourism data and other insights clearly show that it’s all moving forward. In the Malta music scene, events such as Lost & Found, The Story, Blank, Creamfields, Friends of Friends, Ziggy, and Groovefest, have all made their mark by bringing in new talent and combining it with the island’s wicked atmosphere of golden sun rays, palm trees, Maltese coastlines, and powerful island jams. To wrap it up, Malta has the base attributes of Ibiza, but when combining this with the island’s cultural foundation, intimacy, and affordability – it clearly stands on it own. For all those searching for “boutique” festivals this summer, you should mark Malta as your top choice.