Taking over Fridays at Ibiza’s newest superclub – Hï Ibiza, Glitterboxx returns with another who’s who of House.

Every Friday from 9 June to 29 September (excluding 4 August), the Glitterboxx crew bring weekly extravaganzas that make full use of the club’s state of the art audio and production, while bringing along its biggest lineup to date. Expect names like Masters At Work, Basement Jaxx, Dimitri From Paris, Armand Van Helden, Louie Vega, Kenny Dope, Roger Sanchez, David Morales, and Todd Terry to all make appearances.

Kicking things off at the Opening Party (find tickets below) on 9 June will be Armand Van Helden, David Morales, Dimitri From Paris, and Todd Terry, joined by Glitterbox’s Simon Dunmore and DJ Pippi, with a special live performance from Barbara Tucker. 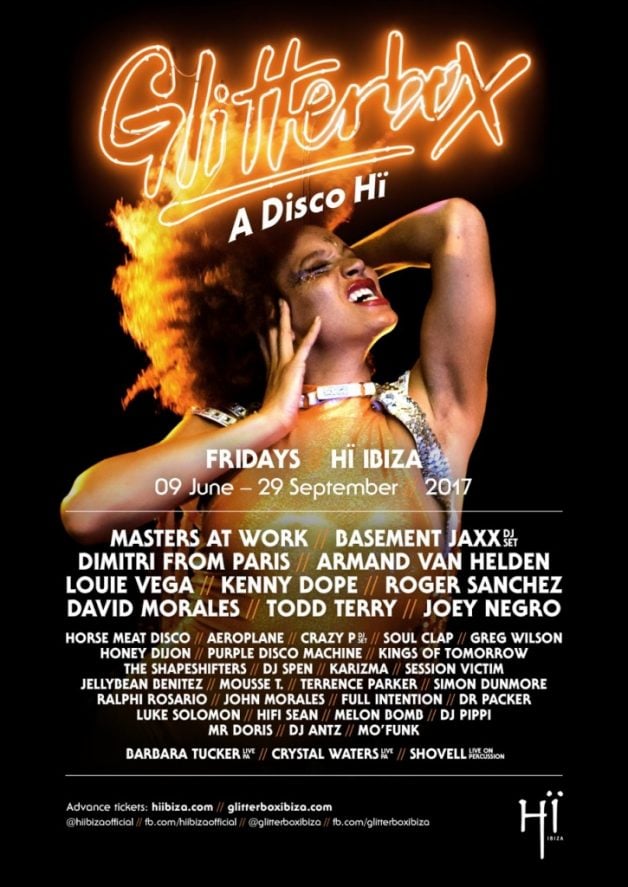