Sankeys Ibiza 2016 have announced Warriors head honcho Steve Lawler and a live performance from KiNK as part of an innovative line up for their summer opening party, Sankeys Awakens, on Sunday 1st May 2016, the first major club opening of the season.

They are joined by Ants man of the moment Kolsch, Lee Walker, Miguel Campbell and the soon to be announced final winning members of Team Sankeys. This collective of kick ass female DJs have been brought together through David Vincent’s recent ‘Break the Glass Ceiling’ female DJ project and are all residents at the club’s highly successful new Winter party, Sankeys Sabados.

A smash hit with the local tastemaking crowd, Sabados has been showcasing 12 of the island’s most exciting female DJs across each Saturday, alongside some of Sankeys most popular residents including Manu Gonzalez and Matt Jam Lamont. This free party runs until 23 April, after that David Vincent will announce which of these talented ladies have made it through to the final cast of Team Sankeys to play at the opening. (Sankeys Sabados residents are Alice Clark, Amy DB, Cuky, JADA, Kellie Allen, Lisa Chadderton, Marta DLM, Miss Luna, Maxine Hardcastle, Stephanie Rosse, Tania Moon). 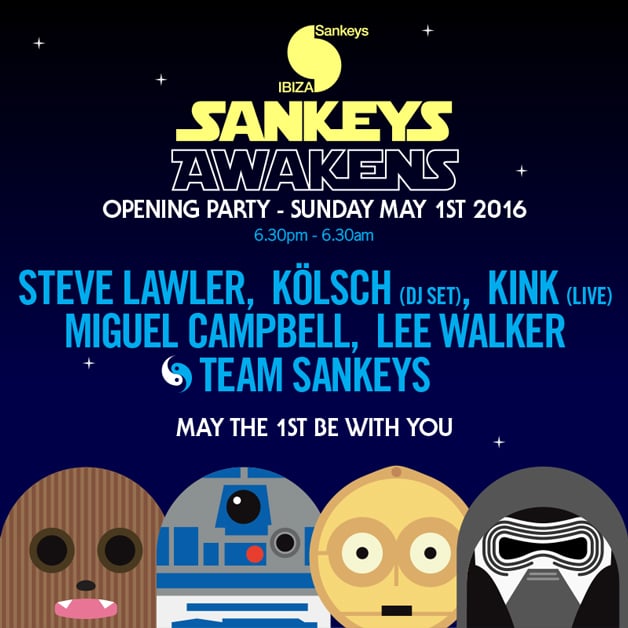