We’ve all been there. A group of friends go out to hit the club and almost immediately split up without the slightest hope of finding each other again.

Well, all that might have changed with the launch of a new (and FREE) app called UNIFIED.  Having launched in Ibiza over the weekend and since spread like wildfire across the island, the app works around an interactive map used to identify points of interest inside venues such as bars, toilets, outside areas and stages. Exact positions of a user’s (pre-approved) friends are also visible, in real time, making it easy to navigate the slew of club rooms without leaving anyone behind. There’s also line-up details and set times included as part of the app, so you can check who’s spinning where in real time.

Additionally, the app works via bluetooth rather than your mobile signal, making it work in situations of no-low service. As of now the app is only available for Ibiza venues but something tells us this won’t be the case for long. 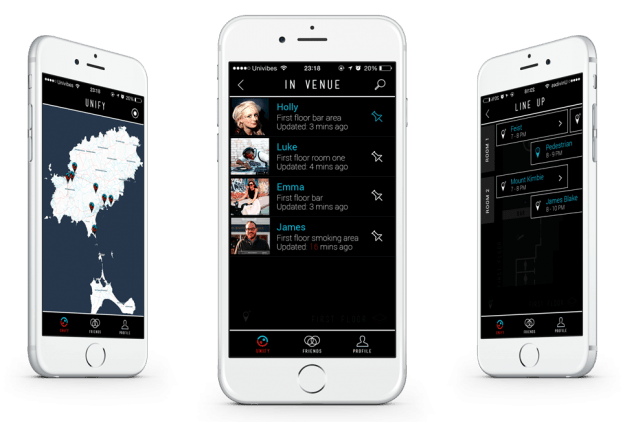