In the Midst of ADE our editor Steve Rickinson met up with the guys of M.A.N.D.Y., Philipp Jung and Patrick Bodmer to discuss their very first album release in 15 years – “Double Fantasy”. The two decades spanning career of two childhood friends bought for the love of music, lead them to a place of recognition and influence just as much their sensuous sets as their involment in the Get Physical label. Thus it is no suprprise, when it takes 15 years for the fist album to ripe for artists of this caliber, that it is PROPER good.

Reminiscent of a film score, the album contains 12 tracks highlighting M.A.N.D.Y.’s diverse style ranging from house to hip-hop, including the rework of the legendary “Body Language”, and a selection of international guest-artists. From the ghostly track ‘Whisper’, hosting raps of Bam from the New York hip-hop crew Jungle Brothers, to the South African song-genius Nonku Phiri, who accompanies a polyphone-splatter by the classically schooled Francesco Tristano, or Jimmy Vallance from Canadian act Bob Moses (‘Tomorrow Is Another Night’).

So, how was your guys ADE?

Philip Jung: Patrick went in on Friday and I came in on Thursday for a few meetings. Its great because you see so many people and there are great parties. I wanted to go to the Four Tet and Floating Points one at De School but there was a one hour wait time to get in. Then, there are also some cool little parties around too, which can go either way. They can be really cool or not so much…

How would you guys say your ADE experience has changed since the first time you came?

Philip: I came here in 1998 or something. I think ADE is one of the conference events that still has its original spirit. It is so centralized you barely need to schedule any meeting times because you’ll just run into people. I also think that it is the conference that people take more seriously than all the others. It hasn’t turned into this monster show like WMC. Obviously, it has grown but Amsterdam is an intimate city so it doesn’t feel overwhelming.

Yeah, I’m a veteran of WMC and that event has changed quite distinctly from when I first went (c. 2001) to know…

Philip: Especially with it the same weekend as spring break and Ultra getting so big it completely changed the entire vibe of WMC. I remember my first time at WMC in 1997 there was like 4 parties: Masters at Work, Daft Punk, Armand van Helden, and something else. Now you have 60-80 events each night so everyone is on very tight schedules to meet and it doesn’t have the same vibe. I guess it’s not necessarily a bad thing but it has changed.

Yeah, I guess after 20 years anything is bound to change…
Philip: Indeed…

Well, let’s talk about the new album. It’s been about 15 years; why would you say it’s taken this long to get your debut album out?

Patrick: We never thought we had an idea for a complete album. We saw ourselves more as remixers and would focus on one track at a time. Now, after all this time, we thought we would regret if we hadn’t done it. The tricky question is if it’s necessary to do an album with dance tracks. For us, it makes sense because it is a collection of the styles and feelings we have collected over our careers as DJs.

How do you walk that balance between an eclectic LP and a dance floor oriented one? When I listen to the album I actually hear something very cinematic about the way the album plays out.

Patrick Bodmer: We produced around 50 tracks with all kinds of ideas amongst them. We wanted to do a little Kraftwerk, a little drum & bass, a little Herbie Hancock, and all of these influences we have enjoyed in our sets. At the end, we filtered everything down, like you would do with a mixtape so it this is why it turned out to be a proper dance music album in the end.

Philip: It was a collection of tracks we put together that kept us interested from one to another but that also didn’t you up. We wanted some tracks to “leave you alone” at some point. It’s like a piece of bread between two glasses of red wine.

What was the first aspect of what would become the LP that occurred to you? Was it a certain idea; was it a bassline’ was it a theme…?

Philip: We had a couple of try-outs. One was, we went to Iceland to make something special, but it got too dark. We went there in February where all you see is white outside and we had a very remote house so the music got a little too twisted. After that, it became a bit of a running joke between Patrick, myself and the label, so eventually we really just had to sit ourselves down and do it. So, then it was just producing and producing and producing. As Patrick said, we had like 40 or 50 tracks at first, and each track may have 5 or 10 versions, so at least something would tend to come out of them that would turn into something else more concrete. For example, we did a track with the vocalist from The Jungle Brothers and Patrick ended up with 10 different versions. All of which were great but we had to decide which one actually fit the album. Still though, to answer the question, you just got to sit down and do it. This idea of doing a track here and there between gigs, nothing ever comes together that way. 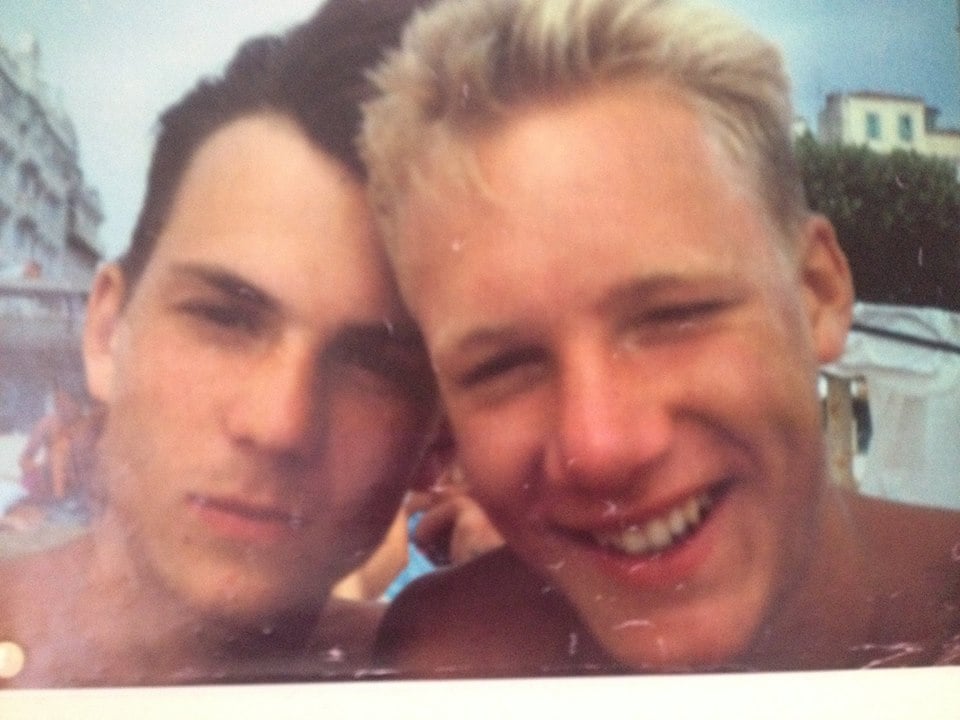 Did any of the tracks from the Iceland session end up on the album?

Philip: In a couple of singles before, but in a very different version. It was mostly atmospheric elements.

Patrick: The idea was that we were going to make a Krautrock, dance, electronica album like early Kraftwerk. It was very different from what our “master plan” was that each track should show one genre and one influence.

How did you split the duties of the actual production? How much time did you spend in the studio together?

Philip: Sometimes it’s good when you’re not in the studio together because then an actual result will come out. Since we have played so long together we have this direction we tend to go, which we’re both familiar with. But still, everyone has their own opinions on the tracks. So, if we don’t have an agreement on something, then the other person can work on it and that is the process. The ideal situation, obviously, would be that we are both there, working together and productively, from A-Z but, nowadays it’s not that possible all the time.

What would you say was the most important piece of studio kit in completing this album?
Philip: We worked on a crazy modular system, which you never know what is going to come out. If you work in electronic music for some time, it becomes very important that you still get yourself excited, and the combination of these sounds really got us there.

Patrick: Yes, that was the main thing. Then, we focused on your more traditional machines like Juno 106, Minimoog and then the Roland 808 and 909.

Finally, I wanted to ask about the collaborative aspect of the album. You have the likes of Francisco Tristano, Bob Moses, and Brett Johnson but, as you said you started with so many tracks, were there any collaborations that did not make it onto the final version?

Patrick: WhoMadeWho, who are very good friend of ours, made a great track but it just didn’t fit on the album. It was more of a mixtape concept. We also worked with a famous German artist that didn’t make it, but that’s it really.

Philip: There were some collaborations with very young singers and songwriters that didn’t make it.

Patrick: Still, we will probably use these eventually. We just thought that having 20+ tracks on the album was too much. We wanted to keep the album around 45 minutes long.

Is there any one track of the album you’re particularly proud of?
Patrick: For me, it’s “Whisper” featuring BAM of The Jungle Brothers. It is very raw and the lyrics are very much in tune with what we believe, especially after all these years of partying!