You’ll be playing in Lithuania next. Do you expect to anything will be different since the Ten Walls incident?

M: I have a rainbow outfit that I’m going to wear for the show.

S: And we have a gay sex video we’re going to release. It’s a three-way ;). But that’s actually what I’m thinking. If I was Ten Walls PR agent, the only way to get back is by releasing a gay sex video. That would be a true apology. If you’re stuck in the corner you’ve got to suck your way out.

After this you’ll be at Sonar in Barcelona. Have you been there before?

M: Sammy went the very first year. We stayed in Berlin and he was playing a DJ set. We were still kind of new and didn’t make sense to bring out all three of us. So Sammy went and DJed. This is our third year.

R: They started doing the Crew Love events at Parc del Forum and those are probably the best Crew Love shows of the year.

M: Definitely the one we’re looking forward to the most every year.

S: It’s different. I feel like ADE is a lot more industry connection. We get to see a lot of our peers at ADE and during Sonar you get to connect with a larger crowd. People that come to hear the music. But to be honest if never been to the main event at Sonar. We mainly attend Off Week, and Detroit’s DEMF feels like a festival all centred around something

Last month the remixes for ‘Je Ne Sais Quoi’ were released. How do you, as a group, manage the process of choosing the artist for the remixes of your tracks?

S: To be honest, we just had friends we wanted to do it with.

R: Most of the artist who did remixes we’ve worked with in the past. We did a remix for Kasper Bjork, so he was happy to do one for us. Maxxi Soundsystem is a friend, Tone of Arc is a friend from San Francisco and SONNS is a good friend too. It really was a bunch of our boys, our friends.

M: It was actually going to be a free download originally, but as it started coming together more and more, I think the Life on Planets ‘Lullaby’ remix was something that showed us that it was a whole rounded package we wanted to actually release.

What are some advantages and disadvantages of travelling as a group?

S: Obviously the biggest disadvantage is being away from our family, our friends, and our loved ones. We all have wives or girlfriends who we dearly miss when we’re gone and who miss us when we’re on the road. So our daily challenge is to check in on Skype or WhatsApp and let them know we’re okay. That’s the hardest part I would say.

R: The advantages are really getting to work together. Because now we all live in different cities. Sammy lives in Portland, Oregon, Mikey lives in Brooklyn and I’m still in San Francisco. So being out on the road is our time to work together and write music.

S: On the road we have new ideas and make changes to the set. I guess we adapt the set, based of where we’re going at that time and make adjustments to fit more appropriately.

Do you have any Amsterdam related memories? Weather it is personal or professional.

S: Yeah I remember Voltt Loves Summer. We were playing in this tent and it wasn’t really too full. We were ready to go out and it wasn’t empty but the crowd was really spread out. It was the only covered area at the festival and right before we went out it started pouring down rain and we got to play for a full packed tent because everybody came in to stay dry. It was like I was asking for rain.

Mid July you’ll be playing at Kappa FuturFestival. Have you ever played there before?

R: No, we’ve never played there but the line up looks pretty massive.

S: Jamies Jones and Seth Troxler are definitely people we always like to see.

R: Die Andwoord is also someone I’ve never seen and I would like to. Solomun is always great, too.

S: Oh and Louie Vega is a personal hero of mine.

Can we expect anything new from you guys?

M: We’re sitting on a couple of heaters.

S: We’re having a two track single released soon. It’s going to be a really dancy tune. We kind of did it with the intention of coming out for the summer and having some really high-energy dance floor track. We’re playing the track in our sets already.

M: And people are just freaking out. It’s almost like like a renaissance for us. The crowd is really connecting with our new tracks.

S: And we have adapted a few of the remixes of ‘Je Ne Se Quai’. So instead of playing the originals we’re playing a hybrid of the original and the remixes. So when we’re playing it a bit looser. We’re not necessarily following this certain parts but we’re accompanying it all the way through. It’s kind of freestyle. And it feels good. The crowd knows the words but they’ve never heard this version of the song before. It’s nice to see their response.

M: We’re also performing a couple of other things we did with other artists like the Ruede Hagelstein track on Watergate.

S: It’s a different version than the original. It’s completely unreleased. I would even say almost 80% of our set is completely new and unreleased. And the tough part about that is that you have fans coming up saying “please play ‘Soft’” or “please play ‘Meet Me In The Dark’ or ‘Strange Love’”. But we go into it with a set in mind.

R: I always ask if they got a gun with a bullet I can put to my head too when I play it.

M: I mean, we had a good run with those tracks. We played them for two years straight, but you can imagine if you play three times a weekend and playing the same songs over and over again, as much as you love them I think it kind of has its run. We will cycle them back in but we also want to grow as a live show. We’re using different equipment. I like using the drum machine more and Sammy is changing up his vocals, all kind of different techniques.

When we’re already talking about playing live. What are some live acts people should look out for?

S: You guys go ahead. I have to look a name up.

M: Tone of Arc has a really special set, because it’s a duo, Derrick and his wife Zoe, and they just have this chemistry on stage. They harmonize really well and their music is very well thought through. Slow Hands is another one that just amazes me with his production and writing. It’s not just dance music, he puts in strings and crescendos. It’s music for musicians.

R: And also Nick Monaco’s new project is amazing. He got these girls as his band. They are all playing the guitar and bass with him now. It’s a really good live show.

S: I found it! It’s FKJ. Oh my goodness. He’s gonna blow up. I’m telling you. He plays everything: keys, guitars, bass, vocals, drum machine. He does it all. We were playing with him at two different festivals this summer. I went to check him out and you should see it. He’ll blow your mind. He does everything!

M: Another one of our favourites is Hercules & Love Affair. They have a really good chemistry on stage. Their whole show is amazing.

It really seems like playing live is getting bigger and more important in the scene. What do you think?

S: Definitely! Even DJs are starting to do live sets.

M: The tough part is finding someone that really stands out. They’re all amazing and the best thing is that it inspires us to step up our game. I’m not shy and I’ll go up and ask people sometimes if I see something that I haven’t seen before. I think we all inspire each other and that’s kind of what keeps the movement going of people wanting to play live. 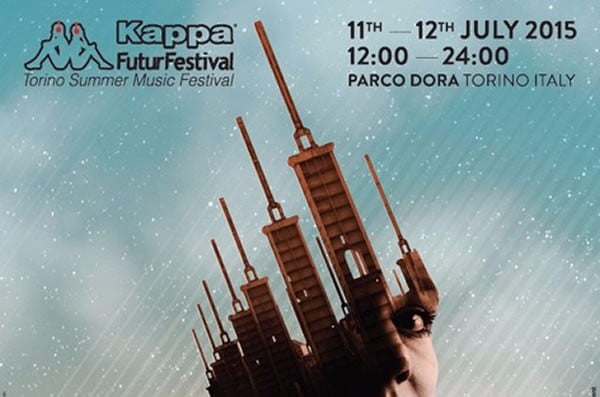