On the package, the Hippie Dance main man recruits the likes of Superpitcher, Red Axes, Fango, DJ Tennis, Danny Daze, and Mike Simonetti to offer their own unique interpretations. Here, however, it is Ellum‘s Maceo Plex who turns into a deep, rumbling club rumbler – ‘Discótico Pléxico’.

As a single, ‘Discótico Pléxico’ is available today (Beatport) with the full release available at the end of the month.

This 30 June, you will release a remix LP “Mondo Re-Alterado”. The package, a remix package of your LP “Mondo Alterado” features the likes of Danny Daze, Maceo Plex, and Red Axes. Describe your process in choosing the featured remixers off the package?
It happened just naturally, they are all friends of mine who like my work and I like theirs, one way or the other we have worked together before and for me it made sense to choose the people I´ve been around lately. It all started when a couple of them wrote to me telling me that they loved the album and would like to do a remix for it… So then I thought of asking other close friends for special versions.

On DHA we will be premiering Maceo Plex’ s ‘Discoteco Plexico’. Why was Maceo right for this particular track? How do you compare his interpretation with the original?
The original Discótico Sinético is a personal favorite, but always thought I would like to have a more powerful version, so when the idea of Mondo Re Alterado came, Maceo was the first one I thought would work. So, giving him all the freedom for doing a totally new thing, he actually used parts of both Discótico tracks (Sinético and Estático), having as a result a great new own version. Hard to really compare to anything because it comes from two tracks and has Maceo´s power touch in addition. A totally new thing.

The original and this new release had some interesting marketing resources, including a 360 YouTube video and, what seemed to be, a faux documentary. Can you describe a bit about these two pieces of promo? How did they come to be?
I´ve been always fascinated by cars so I liked the idea of somehow create my own world in which they are one with music. Pretending that I´m manufacturing and test driving these unique pieces of engineering was the idea behind this fantasy world which came to reality thanks to Graphset, a visual artist from Paris who I developed the idea of the documentary first. After that he proposed the idea of expanding a bit more this fantasy world with a virtual showroom. I loved the idea so we put it together for Mondo Re Alterado.

Aside from the release, the summer season is basically upon us, which means a rigorous schedule I’m sure. How do you prepare yourself for the demands of the summer schedule?
I still haven´t found the right formula, I try to have some time off before the madness but at the end is never enough.

After the summer, do you have any process to “wind down”?
I usually end my summer in Mexico, still work there some weekends and then take it easy in the countryside…

What are you specifically looking forward to in the coming months? Any particular gigs, travels, places…?
Summer is always exciting, very happy to be back in Calvi this year after a one year break I had from it. Going back to the Netherlands is always great so I´m looking forward to that, I´ll be playing at Buiten Westen festival in Amsterdam and Holy Pink in Tilburg. A very special date I´m looking forward to also will be a Mayan Warrior party we are going to throw in Moscow. (Mayan Warrior is a special vehicle we bring each year to the desert in nevada for Burning Man). Moscow is always great but I´m sure this is gonna be a very special one since the production and concept will be done by us. Going back to the desert is always great, so that´s the perfect ending for the long summer. 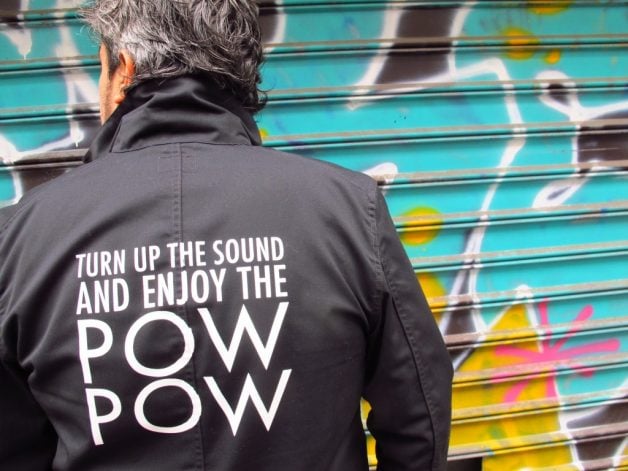