32 new acts have been added to Iceland’s Secret Solstice festival including Radiohead, Róisín Murphy, Afrika Bambaataa, Kelela, and Action Bronson, and Icelandic artists Bang Gang, Mammút, Fufanu, Rix, Faces Of Walls, and many others, bringing the list of announced names to 92, with still more to be announced.

For three days between June 17 – 19, 2016,, and 72 hours of consecutive daylight, some of music’s finest talents will take over the world’s most northerly capital city, for what critics have dubbed “the most unique festival on Earth,” with artists joining a lineup that already includes the likes of Apollonia, Benoit & Sergio, Deetron, Derrick Carter, Droog, Jamie Jones, Kerri Chandler, Lil Louis, Marshall Jefferson, Skream, and more.

Aside from the massive lineup announcements, the festival has also announced the addition of its third and final side event in the form of the Midnight Sun Boat Party, a late-night DJ event on a boat that takes guests out into the Atlantic to watch the sun touch the horizon after midnight. With only 200 tickets on offer, this will likely be a truly unique experience for a handful of festival guests to add on top of the main event.

This adds to the already announced world’s only party inside a glacier – Secret Solstice presents Into The Glacier – as well as the Secret Lagoon Party, at a geothermal pool in Iceland’s oldest volcano-powered nature bath outside of Reykjavík. 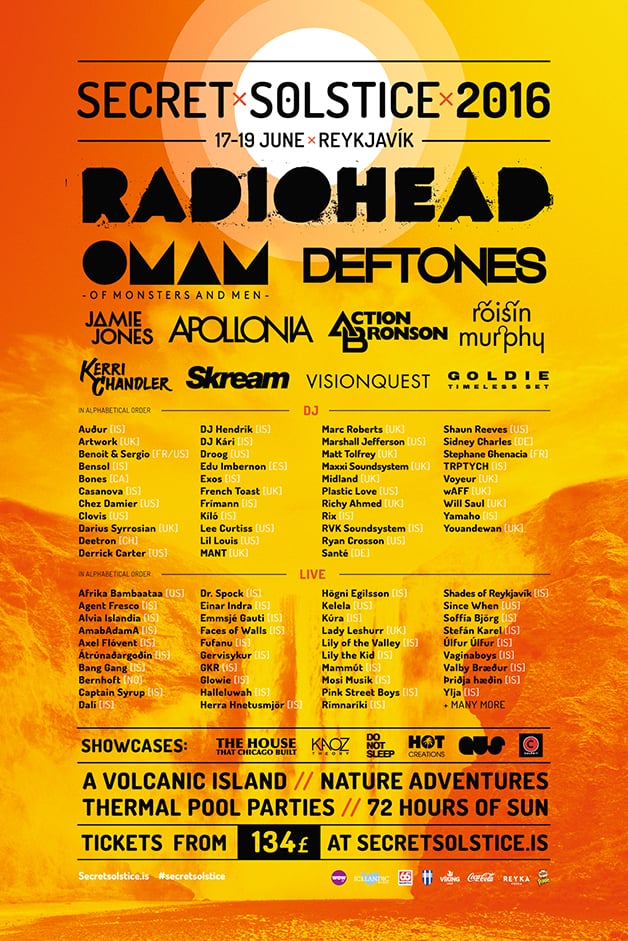