Sonus Festival’s fifth birthday is on the horizon and with that the event’s lineup has been finalized and boat parties announced.

Additionaly, Sonus has also laid out the prelimiay details on their Adriatic Sea boat party selections, which include hosts Keep On Dancing, XLR8R, tINI & the gang, Jesus Loves You and Trax. Tier one tickets have already sold out so don’t sleep on tier 2 because it’s not going to be around long! 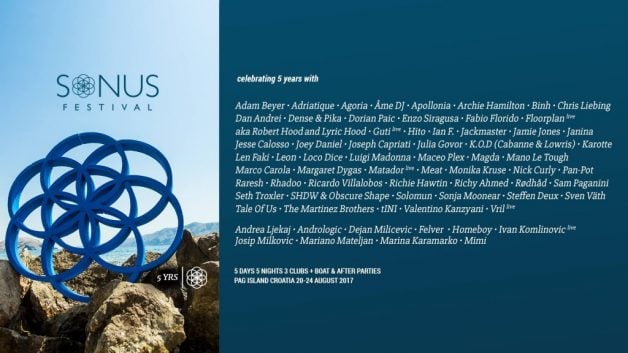