Last week the Resident Advisor voting polls opened up for the people’s opinion on who is the Best DJ and Live Act of 2013. Since its initiation back in 2006 the RA list of the creme de la creme in the scene has grown both in reverence and controversy, spawning more inflammable discussions on the ranking each year. No wonder that artists are promoting themselves on social media, trying to get a lead on the competition by encouraging people to cast their vote. A vote for them, preferably. Although most DJs keep it simple and humble, some choose to get a bit more creative in their efforts. That’s why we thought it would be fun to make a list of the five funniest and most inventive calls to action on Facebook. 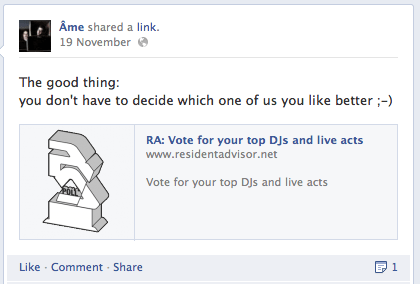 Cunning and sweet at the same time. 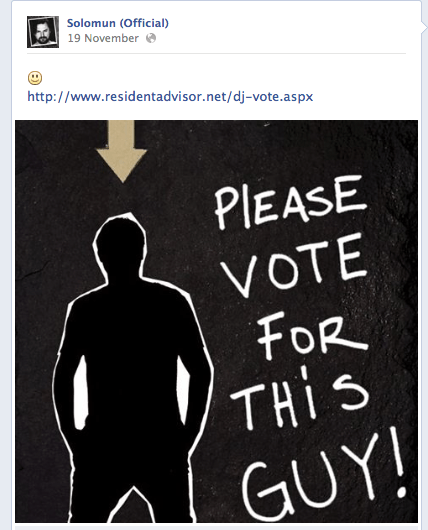 Who the hell is ‘this guy’? 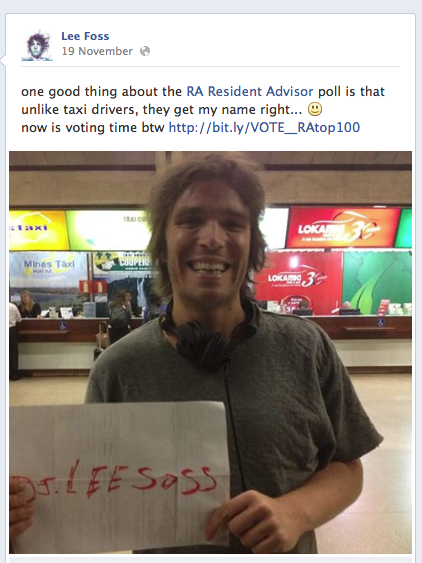 “I made you laugh. Now vote” 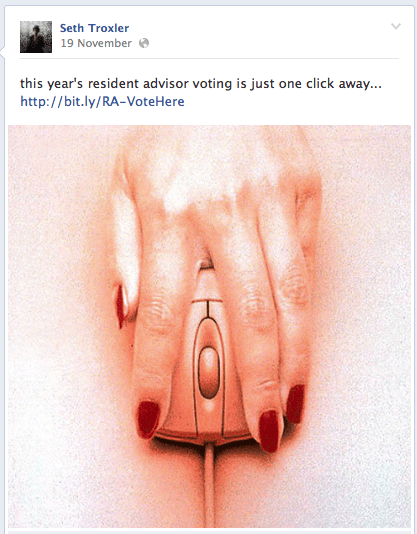 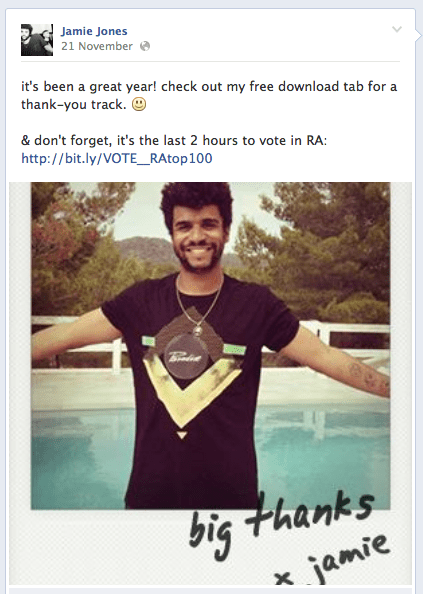 This shows that the closer you were to no. 1 last year, the more effort you
put into it next year. Jamie Jones has it all, the wide-open arms, million $ smile,
hell he even made a thank-you track! This guy deserves to win, fair and square.

We’ll keep you updated on the results of the poll!