On February 15th of last year a new winter festival was born, when Verknipt and DHA joined forces to create Wonderland Festival. After the sold-out edition last year, a round two was bound to happen. February 14 next year will see the return of the 16-hour long indoor festival with a line-up sporting some very fine local DJs and of course you’ll also get your fair share of international acts. Are you ready to follow us down the rabbit hole?

Last year has been immensely succesful for the people behind Verknipt. During Spring they held multiple club events with carefully selected line-ups that keep surprisingly fresh, like a 3-hour set by Bart Skils on one night and Frits Wentink, Detroit Swindle and ROD the next. Their climax arrived at ADE, where they hosted an ADE Special (with the likes of Joris Voorn, Hot Since 82, Nic Fanciulli and Shadow Child) and a double label showcase with Avotre and Mobilee, bringing along Verknipt favourite Darius Syrrosian, and guys like Lee Van Dowski, Gabriel Ananda and Marco Bailey.

During this second edition of Wonderland Festival the line-up has incorporates more than enough to give your ears the time of their life. How about Avotre’s Sidney Charles, another one of Verknipt’s favourite artists, for his uncanny ability to break the house down with neatly chosen selections of bangers and obscure house gems. Another headliner is Josh Butler, the deep house fanatic from the monster hit ‘Got A Feeling’.

Like it a bit more rough around the edges? No problem, because stage 1 will also be the home of Beesmunt Soundsystem, the pure uncut, 909-swinging house music. Their ‘Babymaker EP’ has turned heads in and outside of the Netherlands for their skill in shifting the timeless 80’s Chicago sound into modern times. Like-minded colleague William Kouam Djoko will also pop up for what will surely be another one of his extrovert performance full of sexy and spiced-up grooves. Not a chance to stand around when these guys are playing.

Down in area two you can treat yourself to relentless hi-hats and unforgiving kicks when De Sluwe Vos will be playing. Energy-levels will be on the up and up when Bart Skils and Tommy Four Seven Take over. The grand finally will star mr. Gary Beck, who you won’t see anything playing below 130 BPM. We can imagine this to be the perfect closing to this already high-octane stage. 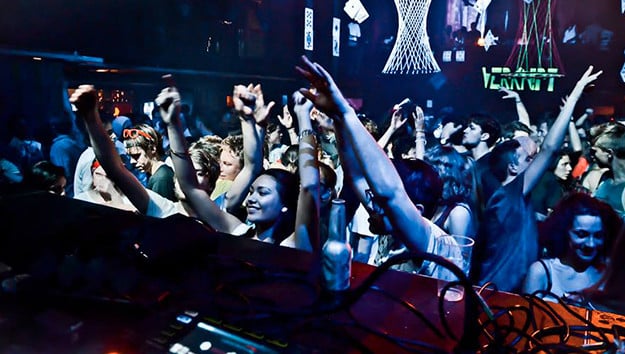 There is also a third stage, however; a place for those that want to maybe funk things up a bit and are in for something less aggressive or loud. You’ll be at the right place at the ‘Happy Feelings Mad Tea Party’ stage. The acts here are as crazy as the name of the stage itself. Expect guys like MikeyNice, Lumière, Guy Graviere, Sebastiaan Sleebos to play the funkiest disco tunes for you to shake it to.

For no less than 16 hours (from 4pm until 8am) Westerunie, Westerliefde and Transformatorhuis in Amsterdam’s cultural Westerpark are turned into a promised land with the best in house, deep house and techno. A place where mad things happen and nothing is what it seems, and where a long list of local and international DJ’s will make this a mezmerising trip down the rabbit hole.