“At the time everybody all just assumed that the term House must have come from the Warehouse club. But the people that went to the Warehouse really called the music that was played there ‘Rice & Beans music’ “

There are a few people who fit the title ‘Godfather of House’. But Marshall Jefferson can carry it with pride. That’s not only because he was there when it all started off but mostly because he defined House music as we know it today. Jefferson was originally a record producer in the Universal Recording Studios in Chicago, where he met the owner of the legendary Trax Records, Larry Sherman. For his best known single on Sherman’s label, “Move Your Body (The House Music Anthem)”, he used keys and a loop structure. Nowadays a standard, but revolutionary back in the day. House music would travel across the Atlantic because of the mass appeal of this track in particular.

Marshall’s list of accomplishments in House music read like no one else’s. He mixed down the supposedly first ever Acid House record „Acid Tracks“ by Phuture (consisting of DJ Spanky, DJ Pierre and Herb J.) and launched plenty successful careers of fellow Chicagoans, from Ten City and DJ Pierre to Kim Mazelle and Ce Ce Rogers. He’s also part of the crew that is responsible for kicking of House music in Europe as was part of the House music tour in 1987 together with Frankie Knuckles, Steve Silk Hurley, Roy Davis Jr., Felix Da Housecat, Lil Louis and many others, which would catapult them into a long-lasting relationship with Europe’s dance scene, especially in Britain.

It’s safe to say that without guys like Jefferson and his longtime companions, this platform wouldn’t even exist. That’s why we were thankful to have the possibility to shoot over some questions to Marshall, on his memories from Chicago, Trax Records, Frankie Knuckles and being locked up in The Warehouse.

First off: Lil Louis’ Documentary Project “The House that Chicago Built” goes into the question of what’s the first house record. To you, what is the first house record?
I say it was Jesse Saunders with “On And On”. I told Louis this during the recording of his documentary. It’s the track that got all the DJs in Chicago making music.

In an earlier interview you talk about how you couldn’t play the piano when you bought your first keyboard and other studio gear. When listening to Move Your Body though, the piano fills you play sound pretty professional. Were you a natural?
I recorded the piano at about 40-60 BPM and sped it up to 122 BPM. It was not exactly natural and to this day I probably can’t play it consistently at full speed, but luckily I have technology to help me. 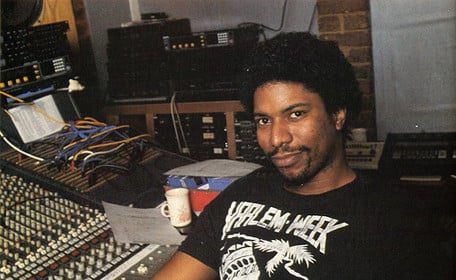 When you were working on it in the studio, were you already aware on some level that this was indeed going to be the House Music Anthem – as this subtitle seems kind of prolific now?
Yeah, because at the time it was pretty far ahead of other House songs musically – at least I thought so then. It was just very different than what was out there at the time. I was aware that I was setting a precedent.

When you were doing A&R at Trax you brought in releases like Acid Trax, Can You Feel It and No Way Back by Adonis. What are some other records that weren’t as big of a hit but still deserve attention by the latest generation of house lovers?
Master C & J – ‘When You Hold Me’
Jungle Wonz – ‘The Jungle’ and ‘ Time Marches’
On The House – ‘Give Me Back The Love’

You once have said that Ron Hardy and Frankie Knuckles were the biggest rivals in the early days. Were there other reasons involved for this rivalry other than the fact that one was the face of the Music Box and the other of the Warehouse?
They knew each other very well and actually hung out at the same clubs on off days. Robert Williams owned the original Warehouse, then opened the Music Box after Warehouse had closed. From then Frankie opened up his own place, The Power Plant.

Speaking of The Warehouse, is it true that house music actually got its name from that place, or is that a myth?
As far as actually getting it from the Warehouse? No. Leonard Remix Roy and Farley Jackmaster Funk ran with the name on the radio, calling their latest record findings “House” music. Then Chicago went completely house crazy and there was no stopping it! At the time everybody all just assumed that it must have come from the name of the club, but the people that went to the Warehouse really called the music that was played there ‘Rice & Beans music’.

What’s the greatest memory you have of Frankie Knuckles?
Probably when he locked me in his club until about one in the afternoon. It was my first time there, it was pretty cool.

At that point in time was there also awareness in Chicago on the relevance of what was going on in NYC, in that other legendary club – Paradise Garage?
We’d seen Larry Levan’s name on records as remixer, but only the record stores knew his importance to the scene and ability to break records.