New York’c undisputed king of the beats kicks off Off Week festivities on Tuesday night with a patented extended set. Don’t miss this one for a a chance to catch a true house legend in action.

The famed Berlin clubbing institution returns to the annual FACT poolside event. In 2016 a who’s who of their favorites will descend into the sunshine, including Andhim, Culoe de Song, Mathias Kaden, Pan-Pot, and more.

The Dutch festival brings its famed series of events to Barcelona for the first time, over the course of two days. Included on the bill will be an entire day dedicated to Adam Beyer’s Drumcode, as well as Loveland’s special live only series. Expect the likes of Audion, dOP, Henrik Schwarz, KiNK, matador, and a who’s who of the best gear heads in the game.

Jamie Jones and Lee Foss’ internationally renowned label returns to Off Week with a party at one of the most spectacular locations of the entire festival. Featuring the likes of Richy Ahmed, Patrick Topping, Skream, Nathan Barato, Denney and others. 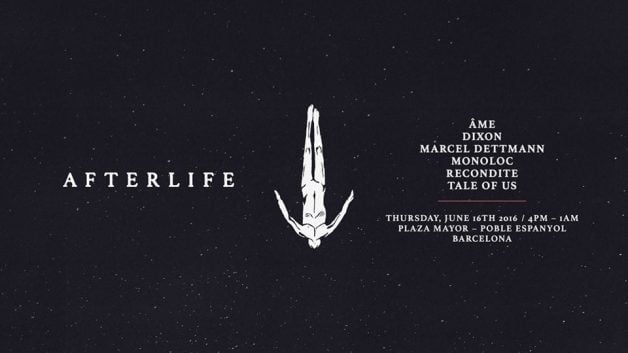 Kicking off one of the most exciting new concepts of the year is Tale of Us’ Afterlife, which brings together Life & Death, Innervisions, and Dystopian artists Dixon, Marcel Dettmann, Âme, Monoloc, Recondite, and the aforementioned Tale of Us.

There’s really not much to be said about this one. Hands down the strongest event throughout Off Week. Not only is it held at the gorgeous Pablo Espanyol but it will also bring the likes of Mosaic by Maceo, Detroit Love, FRRC, трип and more for exclusive showcases.