With the 2016 International Music Summit Ibiza underway (if you’re there make sure you check out our Managing Director Lex van Aken talk about the new app Dance Tonight on Thursday, 26 May at 1:10pm – Hard Rock Hotel), the organization’s annual industry valuation report has now released.

Valued at an impressive $7.1 billion, up 60% from just 3 years ago(!), there is no denying that the business of dance still has not quite reached its ceiling. Still though, deeper in the report you will see that the 2015-2016 growth percentage was 3.5% (increase of $200 million), the lowest its been over the “boom” of the last 3 years. Over the same span, 3% has also been the growth of DJ salaries (but, honestly, who cares).

Additional to the valuation findings, Beatport has also announced that techno is now its most charted genre, beating out perennial winner tech-house, while “EDM” is now the 5th most streamed musical genre (in the US), behind hip-hop, rock, pop and latin music.

Inside the report is a variety of other stats and money-related news, some interesting, some not so much. Below is an overview of the data, which you can check in full HERE 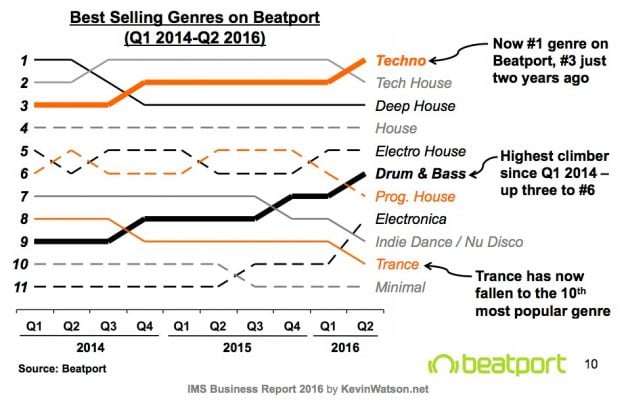 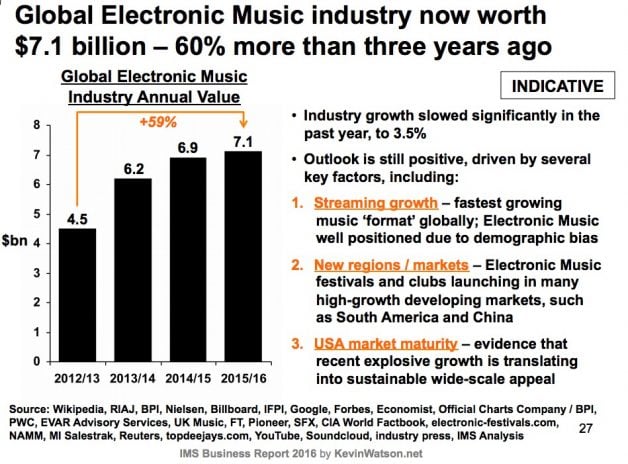