You are also bringing RUMORS to London’s We Are FSTVL. How did this partnership form? What would you say the ratio is regarding festival’s that approach you for RUMORS vs. how many you actually bring RUMORS to? What is your selection process like?
We do get a lot of offers to do a RUMORS stage at festivals, but I try not to make it too often. I only try to collaborate with people who I think understand the concept and who have the ability to create something special. Just a festival stage doesn’t make RUMORS. So for me when I try to book people for this kind of events, they have to be friends, they have to be part of the family in a way. The curation, everything has to feel something different compared to other parts of the festival. We Are FSTVL are great partners for that and I’m looking forward to it.

The RUMORS We Are FSTVL stage will also feature Apollonia, Cassy and Eats Everything. How did these artists complement the RUMORS sound?
Cassy and Apollonia, they live here on the Island, RUMORS was founded here in Ibiza which is something important. But I feel that all the people that play has great energy, and want to make people party, Eats Everything is a good example of this. They’re all good friends of mine and it’s great to bring the whole crew together in a different location.

Over the years, what have been some of the standout RUMORS showcases for you?
The standout for me would be the one we’re playing in LA even though it hasn’t happened yet! Myself and DJ Harvey are the only acts playing long sets. It’s a block party in China Town in LA. We’re the first ones to ever do an event over there, usually the city doesn’t let anyone do street parties in LA. We’re going to close the entire street; each little shop is going to turn into a little party on its own. That’s probably the most exciting thing that we’re doing. Rumors London was insane! Almost 3000 people came. Even though the event was in the winter, you really felt like Ibiza was coming to London.

Anything else interesting that you have upcoming? Do you have any personal time planned over the summer months to relax a bit?
Finally finished two releases, one of them is called, ‘Secret Encounters’ which is going to be a 3-track EP and the second one is called, ‘Here It Comes’. A lot of music I’ve been working on when I was in Tel Aviv, both singles are going to come out on Rumors which is cool. Regarding relaxing time, I’m already looking forward to a nice week in Mykonos, we’re all going to unwind there. Besides that this summer is going to be all about working. 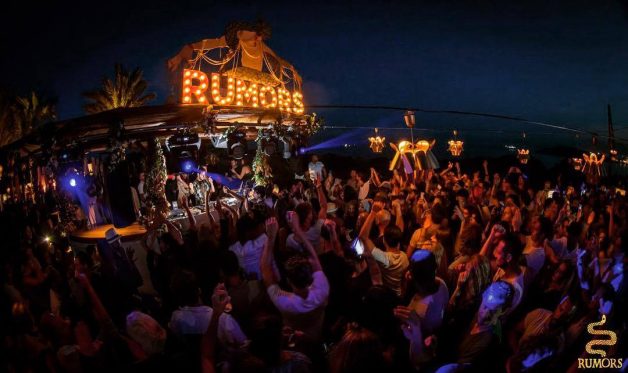