Did this philosophy come from where you started? Your mentor, Todd Terry, was an important pillar for you, as a starting kid. Do you feel the need to mentor?

A lot of people are not interested in passing the information on. I strongly feel that if you pass it on, kids might catch on and like it. And then pass it on further. Otherwise it is going to dissolve if we don’t keep passing it on. 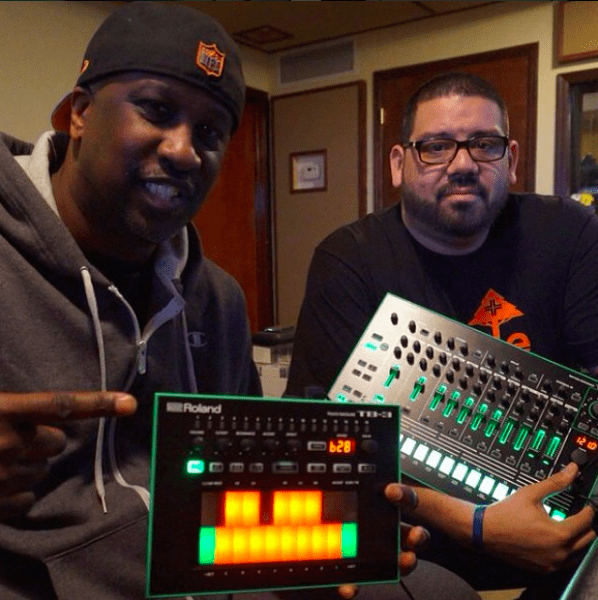 If entities, companies would stop passing on information, we won’t have what we have today, we would not progress.

You are one of the examples when the persistence made you who you are.

I don’t know anything else, but doing what I do, working hard.

Having a talent and being persistant is really important but having a good mentor makes it easier to break through. Do you think one is more important than the other for the start?

Well, no, because it does depend on maintaining. You have to maintain the knowledge you get but also learn. I am constantly learning everyday. Whether it is people, attitudes, music, day-to-day stuff, family stuff. Everyday you wake up and you learn something.

There are kids, that I met, that are the ‘know-it-all’ types. They think they know it all, and I ask, how is it possible that you know everything, and I’m still learning and I am 45. It is not possible. It is within the person if they want to learn about whatever their thing is, wether it is art, music, whatever.

I have been on these talks, panels and I want people to know that if they want to ask me something, they can ask and we can get into conversation. As I said, I want to preserve the art form of this music and passing it forward and let it keep growing.

“I want to preserve the art form of this music and passing it forward and let it keep growing.”

Looking back from where you started, have you fulfilled everything you wanted?

There are still things I want to do. There are projects unfinished, records to be done. But there are just as many hours in a day as there are. My days go by really fast, specially now that I have the family and that is in the mix of everything too. Which is hard, you got to balance it all. That has been the hardest thing in the past year, you have to split yourself up in so many pieces. You have to maintain the quality, the image. Cause once you stop it all dissolves and you gotta start all over again. And that is the hardest thing. To pick it up again, getting in the rhythm again… The last year we had babies, we had triplets, the hardest thing was trying to make music and separate what’s going on at home, go to the studio and create. That is hard.

Do you separate that?

I have to! That has been a big adjustment, you know. You come off the road, a 10 hour flight, take a shower and you got to spend time with the kids. But that’s not easy. That is my biggest issue right now, split myself up the time that is needed for all the directions and keep it relevant.

Has family life been an inspiration for your creativity?

Oh absolutely! But at the same thing you are still thinking about them. It is almost like “you got to let go, just be like ok, get in your own zone”.

The first time you were nominated with a Grammy was right after Frankie Knuckles, then Todd Terry in the same category with you, such grand people and in 2011 you were nominated again. How important have the Grammy nominations been to you?

It feels good, but to a certain extent the Grammy thing is more set up. There is a comittee, that chooses of who wins, when I found that out I was dissapointed, because I thought it is more of a people’s thing. So I kind of didn’t pay so much attention to that status. But I also know that if you do win that award, things change. Because now you are exposed to a whole different area. So I am happy that I have been nominated, but I kind of just stay to it and do what I do.

What is the reward that you appreciate?

I think the best reward is meeting somebody at the airport, or club or in the street and them saying “This song changed my life, or that this song that you did means a lot to me, or this song me and my wife got married to it”.

Did that happen?
Of course. All the time! So that is more rewarding cause its personal, than an award. That to me means more than an award. I am a low keep kind of person so I never used to do interviews either. Cause I just did what I did and it was about the music, but afterwards things changed and I saw things that I didnt like and I thought if I do not voice my opinion no one is going to bother with it. So I saw I need to step up to the plate and start talking.

“I think the best reward is meeting somebody at the airport, or club or in the street and them saying “This song changed my life, or that this song that you did means a lot to me, or this song me and my wife got married to it”.”