Back in 2012, Pioneer released the RMX-1000 DJ Effects unit, which allowed DJs a multitude of effects and sample possibilities for their sets.

Becoming an instantly popular piece of hardware, Pioneer has now announced that the RMX-1000 will come to the iPad with a nearly identical look to its non-digital brother. Drawing audio from a users ITunes Library, and compatible with Garageband, as well as a host of iPad synths and drum machines, the RMX-1000 seeks to be more of a tool for production than live performance emulating the hardware to deliver touchscreen control of Scene FX, Isolate FX, X-PAD FX and Release FX.. 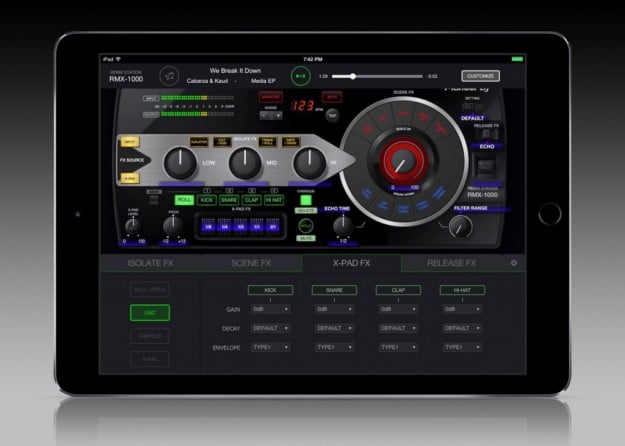