What eventually has given the world techno, hardcore raves, Jeff Mills, multi-hued funky techno, Red Planet, revitalised electro (before it got trendy), hi-tech jazz and, undeniably, some of the most heart-stoppingly passionate electronic music of all time, begun with Jeff Mills and “Mad” Mike Banks. From the decay of 80s Detroit, which at the time was perhaps even more grim than it is today – struck economically by crises and grand-scale outsourcing projects of big companies which left the city bankrupt – a collective called Underground Resistance started producing and playing uncompromising music geared toward facilitating political change.

Their music was about self-exploration, experimentation and the ability to change yourself and circumstances and intended to inspire black men to get out of the poverty cycle in the city. Simultaneusly it had a rebellious stance agains mainstreaming and big labels.

The band changed from its original origins several times, but Banks is still stiring its course and throwing live performances around the world, to which he takes talented musicians, which he often calls kids, from Detroit. Now Banks is showing the different path to the kids of the community not only with his caree, music, but also by coaching baseball.

Mike Banks: “So to the kids, I’m much more powerful than some drug dealer, and to the kids these guys talk to, yeah, they might know the local drug dealer but my man right there he just back from Norway, you ain’t even been to Colombia where they make the cocaine.”

Check out a great interview with Mike Banks on UR, Detroit life and music here.

Not much needs to be said when actions speak for itself. If there would be an award for an activist of the year in dance music (maybe narrowing it to Europe scale), we would be congratulating this Swedish woman. The refugee crisis was the issue everyone was struck by. And while the feeling of helplessness among all was growing with each image of dead bodies washing ashore , Techno for Humanity was a reaction. A reaction from the industry, that followed and inspired more events like that. Who came first, does not matter, what matters is that it all started with a DJ and a post:

US born Terre Thaemlitz, aka DJ Sprinkles, is an award winning multi-media producer, writer, public speaker, educator, audio remixer, DJ and owner of the Comatonse Recordings record label. As recognised she is for her skills as a house producer, she is also a spokesperson on issues of non-essentialist transgenderism and pansexual Queer sexuality, as well as a renowned writer on music and culture, who’s writings have been published internationally in a number of books, academic journals and magazines. Her focus is on a  critical look at identity politics – including gender, sexuality, class, linguistics, ethnicity and race – with an ongoing analysis of the socio-economics of commercial media production. At the beginning of Midtown 120 Blues, Sprinkles says,

Terre Thaemlitz: “The House Nation likes to pretend clubs are an oasis from suffering, but suffering is in here with us.”

DJ Sprinkles on the philosophy of house. 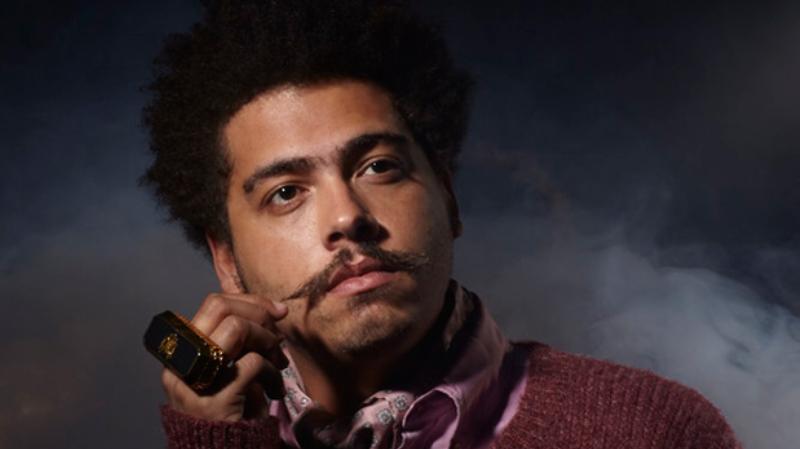 Seth Troxler need no introduction for a dance music connoisseur – and neither a spectator honestly. His extravagant precence is not left unnoticed, as is this 29 year old’s big opinionated mouth, earning him titles as “the most outspoken voice against commercialisation in dance music from within the world of DJs”.

Seth has his view set further than music, one can catch him talking about almost every problem of the modern days: climate change, negative cultural and ethnic identity building among American minorities, immigration, politicians chasing ratings, lack of objectivity in news values. But most importantly Seth has a very clear vision where he and his music serves to the society. He is open about his reluctance towards VIP parties and fancy clubs, he bluntly expresses meta criticism towards the general music market not having any particular message, which he calls “the mass monotony of everything meaning nothing”.

Skip to 7:00 to see the famous clip of Troxler at Tomorrowland’s EDM stage.

Aside speaking out, together with The Martinez Brothers, Seth established a label Tuskegee, which serves the purpose of “[…] exposing more people of our background, to the opportunities of electronic music or to create a platform to release music of people of ethnicity.” The label’s first releases featured music from William Kouam Djoko – a Ghana-born, Amsterdam-based producer, Harvard Bass who is Mexican-American, as well as The Martinez Brothers and Seth, himself.

Furthermore, we cannot go but to mention his participation in the charitable event during ADE, where he, together with Kolsch and Tom Trago was cooking for the homeless.

Seth Troxler: “I feel like people just lay down and let their dreams die and say they can’t do anything about it. I’m like, ‘No, I’m in a position where I can at least try to be the opposite magnet to all that.”

Dixon, aka Steffen Berkhahn, without doubt, is one of the most forefront house DJs around. Being one of the founders of the Innervisions label, Dixon is also an active philantropist, who often uses his social platform with over 260K followers to talk about problems that matter. And yalking is not the only thing he does. From donating his fee’s to a association, that raises awareness and funds for children with autism in France in the beginning of the year, to headlining a fundraising event to collect donations a ship heading to aid the refugees in Lampedusa with various supplies. But aside that Steffen contributes to the society by creating jobs, being a vicepresident of a football club and an owner of a bakery in Berlin. 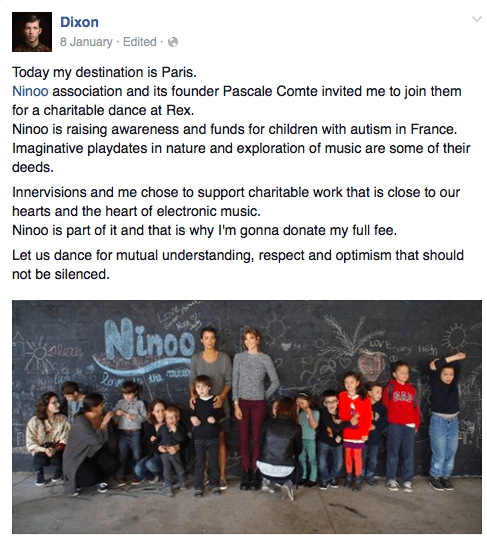 As mentioned above, we encourage to add people to this list from your own background, surroundings, your country or neighbourhood.