Romanian duo Livio & Roby, together with their pal George G, sometimes like to play with words, make anagrams or combine formulas. As a result of this game, they derived a name „Premiesku“ for their mutual project, suggesting „premiere“ which resonates as a Romanian name. That is what their collaboration is about – a unique new experience, which is already gaining accolades from many party heads, acclaimed music professionals and opinion leaders.

The name reflects the music: crossing of their diverse vibrant inspirations and moods breeds a new concept of genuine, recognizable sound. As a virtuoso audio engineers, they intelligently structure their sometimes heterogeneous ideas into powerful and dynamic compositions that catches the heart, the body and the mind of a listener. Compact „four to the floor“ patterns, inspired with classic deep house, Detroit techno and tech house are switched up and deconstructed, resulting in a hypnotic brew. Driving and energetic solid grooves are fused with a plethora of colors and sonic twists, ranging from Balkan cultural heritage to surreal theatre. Their outstanding production has been released on influential labels such as Cecille, All In, Desolat.

During everyday studio sessions of experimenting and fitting the pieces of their imaginary worlds together, computers with straightforward and intuitive softwares are a necessary tool. But digital environment is not enough for expressing all those subtle feelings and stories they want to tell. Essential tools for this
transmission are music instruments; they are vital for articulation of emotions, and sharing it with the audience. That is why Livio, Roby and George decided to leave the virtual world aside and create a real, analog environment for their live performances.

They did what no one did before – designed three special consoles consisted of parts of various machines. These hardware racks are tailor-made based on their draft, put together by an old fellow in a workshop in the heart of Romania. An inimitable gadget for each one of them is their vision of playing electronic music without computer. With this innovative setup, they have entered the era of their analog sound!

We had a chat with the Romanian trio about their sublime new 8-track EP, got a better insight into the making of their analog live set up, and even heard some interesting facts. After their hardware live set at the BPM festival left everyone in total awe, we are more than excited about the interview. We recommend you to sit back, press play on the music and enjoy this very honest read.

I’d like each of you to share something interesting for themselves that is unknown to the public.
Well… where do we start? We are full of secrets so it’s hard to pick one but we’ll give it a shot. In fact there is one big secret we haven’t told anyone… Hope you are ready for this guys. As David Lynch will put it the owls might not be what they seem. Premiesku is actually a secret project between three very very well known artists who got fed up with the music they became popular with, the fame, the paparazzi and all that, so we all decided to take it back to the drawing board and go all the way back to where it all began – take the repetitive percussive music from the african tribes and create a contemporary version of it. First we orchestrated our deaths, then we all went under the knife so our identities are completely concealed… Some of us even changed race like Michael Jackson to make sure there is no trace of our past lives. There has been some picture evidence that has surfaced on the internet last year, so we are surprised nobody has worked it out still. However one of us still remains a complete secret and if we tell you who that is we’ll probably have to kill you all… like all Deep House Amsterdam readers as well as everybody on the internet. So let’s leave it at that in the interest of wold peace 🙂 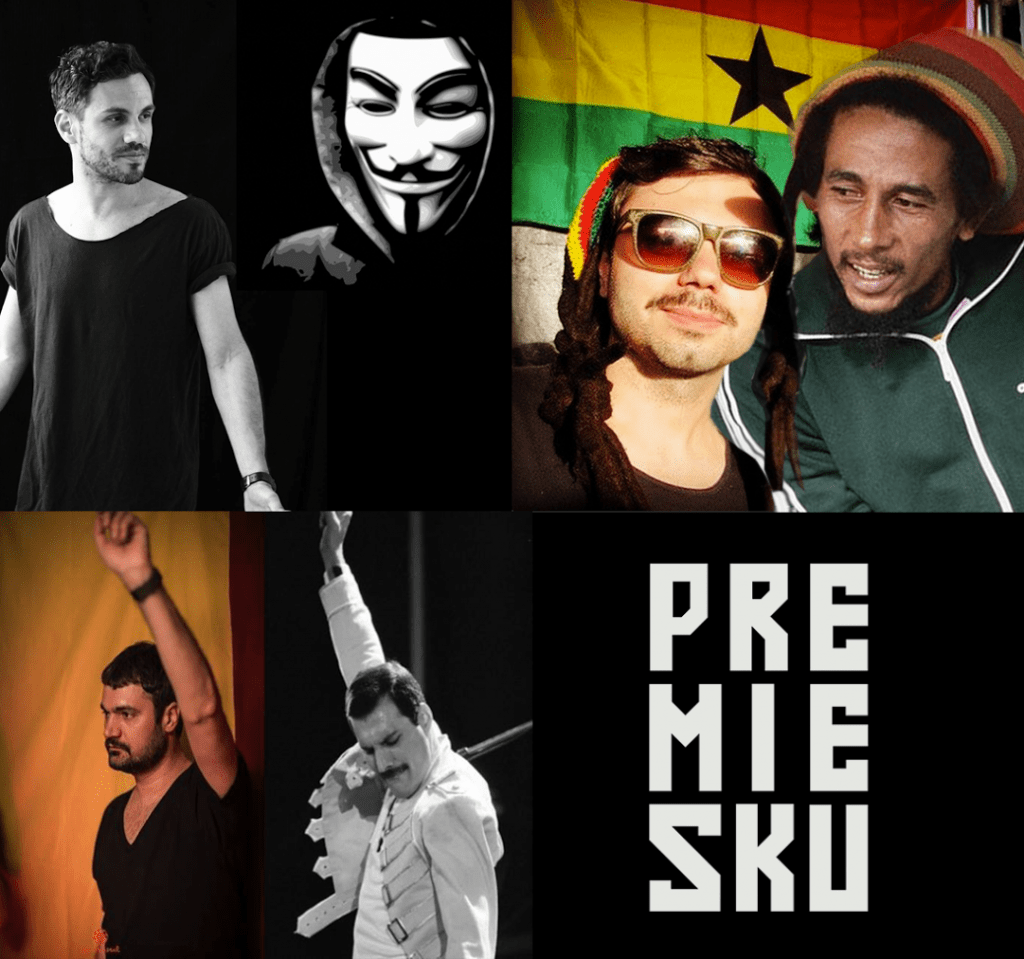