It’s great that Loveland gave this techno legend a bigger time slot than is usual at festivals. DJ’s of his stature know how to handle this and even get better as the length of their sets increases. Build-up, adaptation to the crowd and technique are the basic skills for any DJ and someone like ‘Papa’ possesses them all in abundance. This makes a three hour set go by within moments. It never got boring and he never lost control of the audience. It makes you want more two hour plus sets by guys like these. 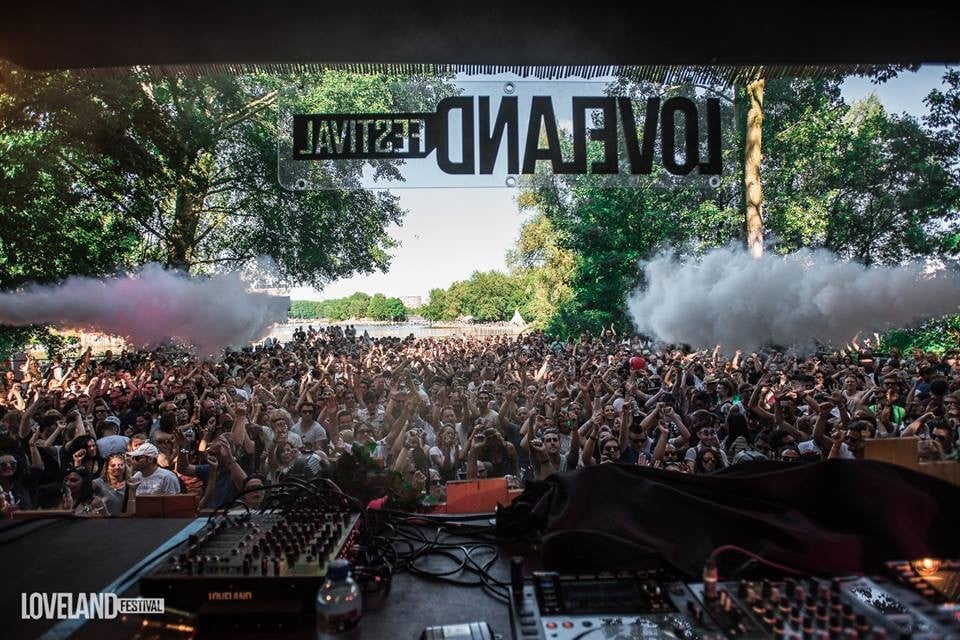 As we move away from the stage we look for a place to sit down and chill a little. Loveland appears to have bought the entire back-catalog of post war Berlin furniture as there are spots to sit down everywhere. People are lounging at these ‘mini living-rooms’ all over the festival.

With our legs well-rested we decide to explore the only two places we haven’t been to yet. The islands in the middle of the lake and the Underground stage.

The islands host a small market with novelty items, tipi’s with chillout area’s and graffiti artists and then there is the boat. Well, boat might be an overstatement. Jupiler, the festivals main sponsor, has created a ponton with a floating bar which only docks every once in a while to let on new people. The Jupiler Cruise hosted artists like Kevin Arnemann, Egbert, Ramon Tapia and Uone to make for a stunning Gem Records Cruise along the parks’ Sloterplas.

Back on dry land we head past the Rise stage and into the woods. Here is the small Underground stage. It has by far the best atmosphere and decorations. A little place to get lost with artists like Dominik Eulberg, Eelke Kleijn, Guy J and closer Hernan Cattaneo. Eulberg manages to excite the crowd early on to end with a bang. Eelke Kleijn takes over with his dreamy progressive sound and gradually builds up until the crowd explodes when he drops his Hanging Tree remix mid-set.

The sun plays a different role at the underground stage. Most of its rays are blocked by the trees but the light dat does seep through creates a magical visual effect. Combine that with progressive beats and you have the dreamiest place of Loveland. 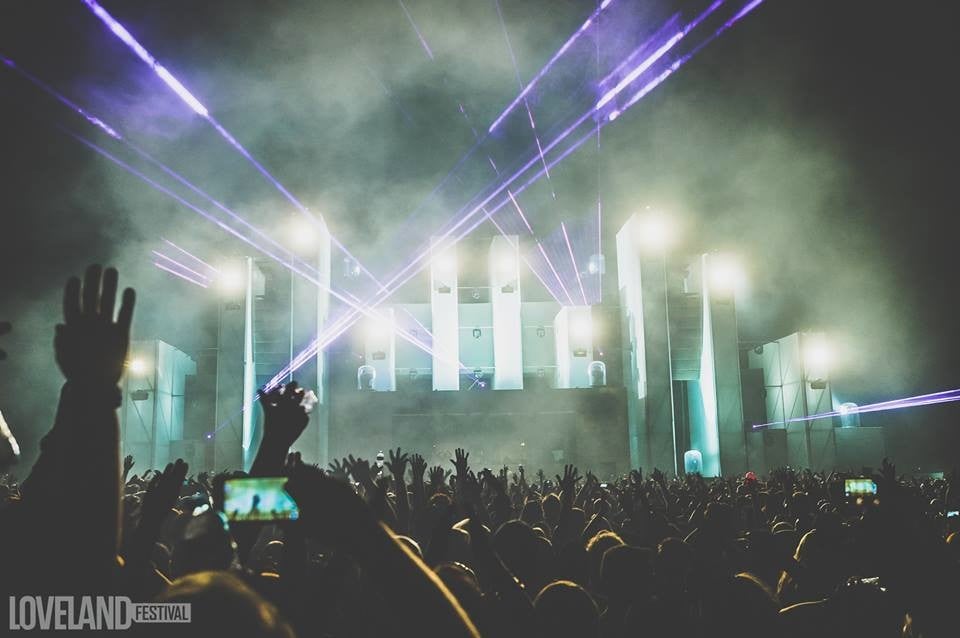 At the main stage Carl Cox closed the festival in style. Whereas many DJ’s at this time slot just push the pedal to the metal, Cox maintained a good level of soul in his set. The warmth now came from the burners on top of the beautiful stage and, still, the music.

It felt like way too early when the final track stopped at 11 o’clock, but at least the people could go home very satisfied after another memorable edition of Loveland festival. The bookers proved to still be able to make a proper blend of younger talent, Dutch veterans and big names, which attracted an extraordinarily colourful and diverse festival crowd.