Over the past years, SecondCity has shown everyone that his finger is firmly on the musical pulse, as demonstrated by his and Route 94’s edit of ‘Freak Like Me’. With his releases on Defected, Saints & Sonnets and Ministry of Sound firmly in the record bags of many of the scenes major players, SecondCity soon found Huxley, Skream, Disclosure and MK all championing his 90s house sound.

It’s not every day that in your first year of music production you release on labels as revered as Strictly Rhythm and Saints And Sonnets. In June 2013, the much-hyped four track EP, ‘The Story’, was released on Huxley’s Saint’s And Sonnets imprint, and reached the dizzy heights of the Beatport Top 10 Deep House charts. This release was closely followed with the honor of remixing Miami Rockers for seminal US house label Strictly Rhythm.

He’s also enjoying a residency at Tribal Sessions this Ibiza season, and has pleased the Sankeys crowd on a weekly basis. During his Tribal gigs he has shared the stage with the likes of co-resident Jozef K, Levon Vincent, Shlomi Aber, Argy, Mr. G. But Tribal Sessions Ibiza is nowhere near over, with many top-shelf parties still coming up in August and of course in its wicked closing weekend.

Sankeys’ David Vincent has also just announced that the closing party of the hugely successful The Redlight parties have been extended by one week and will now be held on October the 1st. Maintaining their high standard, Sankeys have locked in hot UK talent Preditah for a 7 week residency starting on the 20th of August and following the success of his debut show, Lethal Bizzle is officially confirmed for an additional three dates on August the 27th, September the 10th and September the 17th. Also September the 3rd will see The Redlight join forces with Garage Nation, bringing the seminal DJ Luck and MC Neat alongside Sheffield’s Bassline legend DJ Q.

The closing party is a cause for celebration as it is the Godfather of Garage aka Matt Jam Lamont’s 25th Anniversary party. Matt’s return as a resident once again for David Vincent has been a pinnacle moment for The Redlight & he has no doubt secured himself as one of Sankeys best residents. Joining the massive closing party lineup will be Double 99’s RIP Groove, playing alongside Crystal Waters performing The Redlight anthem Gypsy Women, as well as Preditah, Sam Holt & obviously Matt Jam Lamont himself, the man responsible for stretching the garage sounds from their humble beginnings at a pub in Elephant & Castle to Ibiza & beyond. Lastly The Redlight are extremely excited to announce that they are joining forces with We Are WHSE at Great Suffolk Street, London for a one off special show on the 21st of November, expect this one to be a roadblock! 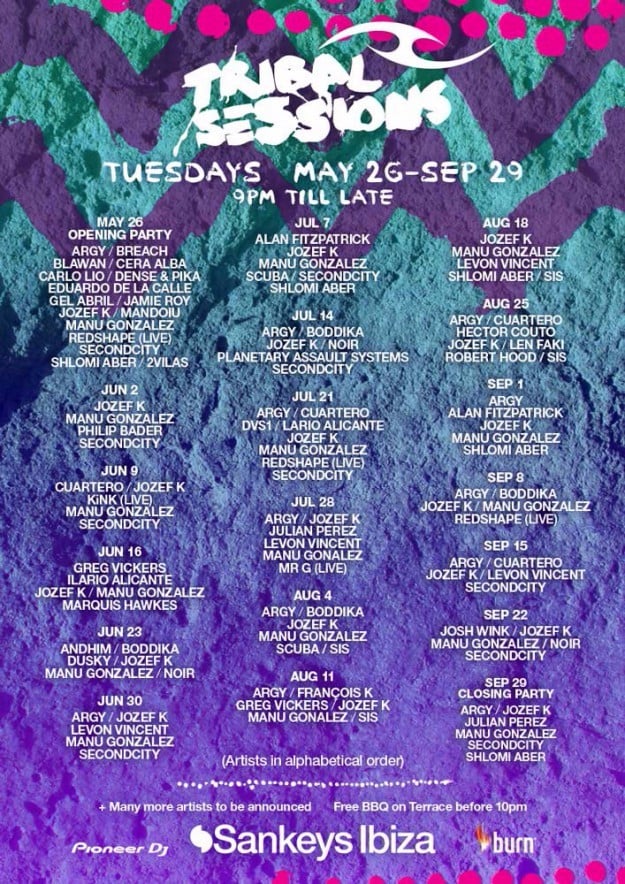